As we approach the end of the year and prepare ourselves for the year to come, it is inevitable that we reflect on the past as we resolve for the future.

There is so much to learn from focusing on the lives of three talmidim who passed away in the past month. They taught us all what someone can accomplish in a relatively short lifetime after a late start at Ohr Somayach. 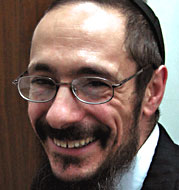 Rabbi Dovid Speyer ז"ל– After Ohr Somayach he learned in Yeshivas Iyun Hatalumud and eventually became the mashgiach of the Ohr Somayach Beis Medrish. At the conclusion of the shivah a special hespid took place at the Yeshiva in which colleagues and talmidim past and present heard inspiring talks from Yeshiva Rabbonim and a member of the niftar's family. You can hear the tributes online on the Ohr Somayach website www.ohr.edu

Rabbi Yacov Fried ז"ל– Exactly 39 years from the week he entered Ohr Somayach he passed away after making his mark in the Israeli yeshiva community as a talmid chochom and posaik. Some years later, on Rosh Chodesh Sivan 5754, we received a letter from him announcing his completion of Shas and virtually all of Torah connected with it. The letter hangs in the Rosh Hayeshiva's office and the Shas he donated became part of the Beis Medrish in which he grew.

Reb Dovid Reichenberg ז"ל– This former talmid of Ohr Somayach in Yerushalayim and Monsey died a hero's death while saving the lives of a father and son in Monsey who were victims of electrocution caused by a wire that fell during the recent storm.

We extend our heartfelt condolences to the families of these talmidim and pray that they will know only simchas in the future.

While we mourn the passing of these young people we also reflect on the inspiration we all receive when considering how they exemplified everything that Ohr Somayach stands for.

We are certain that you join us in praying that we will be spared from such tragedies in the future and that we will all be blessed with long and productive lives.