On Sukkos, of course. The Torah commands us to move out of our houses on the fifteenth day of the Month of Tishrei and to make sukkos (popularly translated as "booths" but better defined as shelters) our homes for seven days.

The revealed reason for this commandment is the Torah's explanation that dwelling in sukkos will remind us of the supernatural protection against the harsh climate of the desert which Hashem so graciously provided for our ancestors when He brought them out of Egyptian bondage. But, as is the case with all of the mitzvos there are many lessons to be learned from analyzing and performing this mitzvah of making a sukkah our home for a week.

Perhaps the most elementary lesson of all is the sense of "temporariness." Although we are certainly expected to make every effort to dignify this mitzvah by making the sukkah as attractive as possible and to truly fulfill our Sages' guideline that "you shall dwell in them as you live in your own home," there is no escaping the feeling that this is only a "temporary dwelling." When dining room, living room and bedroom all become combined in an area equal in size to only one of these units, and when furniture is kept down to a bare minimum, the dwellers of the sukkah are keenly aware that this is not a permanent situation.

The value of such an experience emerges from the classic tale of the Jew who came to visit the famous Torah giant, Rabbi Yisrael Meir Kagan, zatzal, (the Chafetz Chaim) in his humble abode in the Polish town of Radin. "Where is your furniture?" asked the astonished visitor of the saintly sage when he saw how barely furnished the room was. "And where is yours?" was the Chafetz Chaim's response. "I have no furniture with me because I am only passing through," explained the visitor. "I, too, am only passing through this world," said the Chafetz Chaim, "for our lives here are only a preparation for the real world, the World to Come. For merely passing through this corridor of time I have enough furniture."

In our pursuit of creature comforts and a higher standard of living we inevitably become ensnared in the illusion that we are here to stay forever and must therefore try make the most of it in terms of enjoyment. A week in a temporary home where there is only room for the bare essentials of survival restores our focus on the transient nature of our entire existence and provides us with at least a part of the transcendent perspective of the Chafetz Chaim.

Another vital lesson of the sukkah was colorfully summarized by a great Chassidic leader who said that "the mitzvah of sukkah is the only one you can immerse yourself in even with your boots." There are 248 positive commandments, but all of them require only a portion of our physiology for their performance: e.g., for tefillin we utilize the arm and head, for prayer, the Shema and Torah study our mouths and brains, for waving the four species on Sukkos our hands. Only when it comes to the mitzvah of dwelling in the sukkah do we totally immerse ourselves in the fulfillment of the command.

(Yishuv Eretz Yisrael is another mitzvah in which a Jew can totally immerse himself but it is limited by geography, sukkah provides this opportunity whereever a Jew lives.)

This is a crucial perspective for every Jew to develop. His religious life is not limited to the time he spends in the synagogue or when he is fulfilling one of those 248 commands. He is expected to serve Hashem when he eats, sleeps and is involved in the pursuit of his livelihood.

The key to this approach is the Biblical guideline of "know Him in all your ways" which our Sages have interpreted as a challenge to dedicate even our most mundane acts "leshaim Shamayim" - for Heaven's sake. If you eat, sleep and work in order to have the physical and economic well-being required for performing Hashem's mitzvos you are considered as serving Him all of the time. How effectively does the sukkah home, with its enveloping of all our daily functions in the sanctity of divine service, bring home this important message to our minds and hearts. 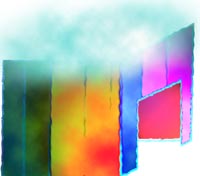 One more dimension of the Sukkos experience is based on our preference for the translation of "shelters "rather than "booths." The nuclear age in which we grew up fostered a certain sense of doomsday, with grim visions of someone on the other side of the world pressing a button and unleashing a deadly storm of missiles capable of destroying a significant portion of the human race. Even with the collapse of such a threat from a Cold War escalation into a hot one there still lurks the awful menace of suicidal terrorists blowing themselves up along with so many others and the access that such mass murderers have to nuclear weapons sold to the highest bidder.

The most depressing aspect of this doomsday feeling is that there is no salvation in any shelter designed by man. The sukkah reminds us that when Jews in the desert faced the dangers of a blazing sun or merciless cold they were provided with the shelter of pillars of cloud miraculously placed above and around them by Divine Mercy. It is this concept that Heaven will provide shelter against every danger - natural or man-made - which gives us the confidence to joyfully go on living our lives and dedicating every moment of them to Hashem Who will envelop us in His love and protection just as we envelop ourselves in the sanctity of the sukkah.

Also in Succos : The Succah »