Lessons from How the Torah was Given

This publication is also available in the following formats:

Explanation of these symbols | Subscription Information | Return to Shavuos Page

"Take a census of the entire assembly of the Children of Yisrael" (Bamidbar 1:2)

Last time I was in America I went for a walk around the Warner Brothers store. It was amazing. All my childhood memories come to life. Original animation cells of "Lady and The Tramp" (a mere $500). A Batmobile so real you could get a parking ticket for it. Bugs Bunny ashtrays, pajamas, cookie jars. I have never seen a store so full of things that I didn't need. 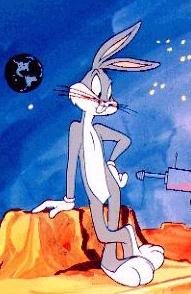 It was thirty years ago that Canadian sociologist, Marshall Macluan coined the phrase "The Medium is The Message." He diagnosed that Western society had replaced form with feeling. It wasn't so important what you said anymore, rather the way you said it. A former "B" movie actor could rise to be the most powerful man in the world. The entertainment industry had enshrined the principle that "feeling good" was the embodiment of the American dream. Feeling replaced thought as the vehicle of communication.

This week we celebrate Shavuos, the festival of the giving of the Torah. The Torah, as the blueprint of the world, is the ultimate expression of what reality is. Therefore, the way in which the Torah was given must also express a truth about the nature of reality.

The Torah was not given to the Jewish People as a group of individuals. Its giving required them to be a klal, a united entity, the whole being greater than the sum of its parts.

The heart represents the raw matter of existence. The raw material which waits for an imprint, a form to define it. The heart is the medium. The nature of emotion is to be molded, to be channeled. Not to lead.

The form of something is its spiritual component. Its purpose. The form is the message.

A spoon, for example. A spoon consists of two parts. Its matter is the metal. Its form is its purpose: To scoop and stir. That's why it has a scoop at one end and a long handle. Its form expresses its purpose. The function of a thing is its spiritual dimension, its spiritual identity in the world.

When intellect dominates the emotions, when the message dominates the medium, then we have the very picture of how the Torah was given. "Like one man with one heart." The man - the intellect, the spiritual component leading the heart - the raw material, the medium.

However, when the heart dominates the mind, the medium becomes the message. This is the literal antithesis of the way the Torah was given.

Then you have a world where Bugs Bunny becomes the President.