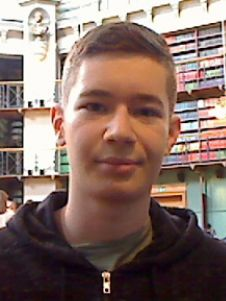 Hungary’s Jews were the last of the European Jews to be sent by the Nazis to the death camps. In May of 1944, just a month before the D-Day invasion of the Allies, and as they were losing badly on most fronts, the Germans put their extermination plans for Hungarian Jewry into effect. And they did it with a vengeance. There were over 800,000 Jews in the country at the time. Within the space of a few weeks they murdered more than half of the Jewish population. In all, over 565,000 Hungarian Jews were killed.

It was in Budapest that the righteous non-Jew, Count Raoul Wallenberg, a Swedish diplomat and businessman, set up “safe houses” as extensions of the Swedish Embassy to shield Jewish families inside. All told, he saved thousands of Jews. Among them was Benjamin’s maternal great-grandmother. His father’s grandmother was taken by the Nazis to the Mauthausen concentration camp, where she survived by being a valued office cleaner in the camp. She also miraculously survived the Death March from Mauthausen to the interior of Germany at the end of the War in the spring of 1945, as the Nazis fled the Russians and the Western Allied forces.

The Hungary in which Benjamin was raised was a country that had a significant Jewish presence after the war. The country was under Russian administration, and the Communist Party leadership was almost entirely Jewish. But they were extremely assimilated and anti-religious. In any case, Anti-Semitism was not outwardly evident for a short period of time after the war. But that had changed by the time Benjamin was born. While

still a very cosmopolitan city, Budapest was quite Anti-Semitic. Most Jews did not openly declare their religion and were very assimilated. Benjamin’s mother’s family was more traditional

than most. She celebrated Rosh Hashanah and Yom Kippur, went to shul on holidays and had mezuzot o n the doorposts. Benjamin was sent to a Jewish kindergarten.

In a public primary school, Benjamin blended in with the gentile population. He wasn’t “outed” as a Jew until he was almost ready for high school. His parents decided that it wasn’t safe for him to continue in public school class, so they enrolled him in the American Endowment School, an Orthodox Jewish High School in the city. He loved it there. He learned Hebrew and English (which he speaks fluently). He loved the davening and the kosher food and began keeping many mitzvahs.He hadn’t become fully observant yet, but it was a positive experience to build upon. His family was very supportive.

Benjamin’s older brother, who works for a cyber security company in London, preceded him there. Benjamin is going into his last year of University in London. Last summer he came on the JIntern program to Ohr Somayach in Jerusalem and enjoyed it immensely. So much so that he decided to return this summer and attend the Mechina Program at the Yeshiva.

When he returns to school in London, he will be living in Golder’s Green, very close to the London JLE. His objective is to live up to his name — searching for truth and growing in his Yiddishkeit. After graduation he wants to return to Ohr Somayach as a full-time Yeshiva bochur.