Megillat Esther is replete with palace scenes: At the King’s Gate, Mordechai refuses to bow down to Haman. Esther stands at the doorway facing the King’s chamber waiting for Achashverosh to extend his scepter. One can only imagine that these palatial doorways were suitably palatial in their dramatically huge dimensions of height and width.

It may be a bit whimsical to wonder how high on such gigantic posts would Mordechai have placed a mezuzah on his palace office when he was appointed as the new prime minister. (Would he have been obligated to affix one?) Generally, the halacha states that a mezuzah must be placed within the top third of a doorpost. But, on such posts, this would mean that the mezuzah could only be reached by ladder!

But, leaving ancient Persia for a moment, consider the following very real mezuzah conundrum I received regarding the tall doorways common in our homes: 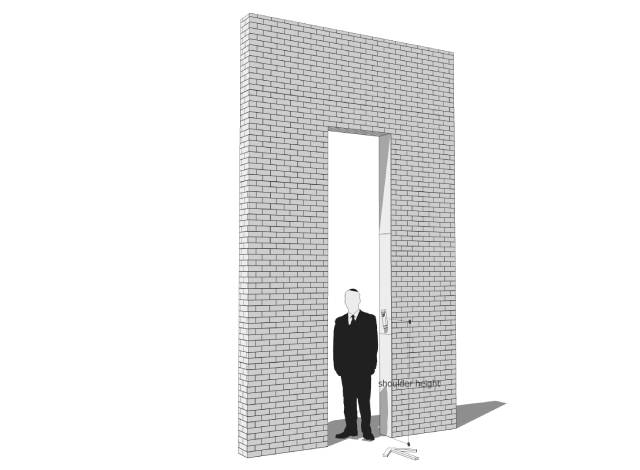