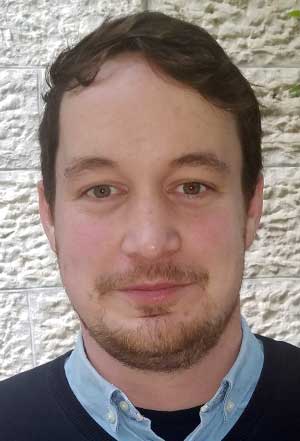 Munster, a large city on the Aa River in Western Germany near the Dutch border, was a city that was made famous by its cheese. It now has a new claim to fame — it’s the hometown of E. B., a recent arrival in the Mechina Program at Ohr Somayach in Jerusalem.

E. B. was born into a very secular, but nominally Catholic family. Religion played almost no part in his early life. His father, an engineer and applied mathematician, was adamant about the value of secular education and dismissive of religion. As a future historian and a naturally curious boy, E. B. had many questions about his family’s role in the Second World War. But that subject was verboten, in his words: “a sealed box”. Of his three grandparents alive when he was young, no one would speak about it. His parents, born after the war, were also mute on the subject. The most he got out of his grandfathers was that one was a soldier on the Eastern Front and the other was a Home Front soldier in Munster. No one spoke about the Jews.

After high school he went to university in Munich to study History and German Literature. There was no real spiritual dimension to his life as a student. He studied and socialized like most of his contemporaries. The university required that each student do a four month internship. A friend of his uncle was active in sending volunteers and interns to the Daughters of Charity of St. Vincent de Paul Home for mentally and physically disabled children in the Ein Kerem neighborhood of Jerusalem. His uncle suggested it and he agreed. As its name implies, it is a Catholic institution run by nuns. Its staff includes many Jews, some of them religious.

Upon arriving in Israel, in 2011, E. B. experienced an immediate emotional connection to the place. He didn’t know why, but he now felt he was home. Working with disabled children was very fulfilling and the staff was very friendly. His supervisor, a frum woman originally from South Africa and former classmate of Rabbi Reuven Geffen of our staff, invited him for many Shabbat meals. He loved the Shabbat experience. When the internship ended, his supervisor remarked to him that she sensed that he had a Jewish neshama.

Returning to Munster, he recounted his experiences in the Holy Land and how much the experience affected him. At this point, his maternal grandfather revealed to him that his first wife — E. B.’s mother’s mother — was actually Jewish! She died in the 1960’s, well before he was born. As a baby in the 1930’s, she had been left with a Catholic family in the area by her parents who were afraid that the Nazis were going to implement the “Final Solution” that Hitler, yemach shemo, had written about in Mein Kampf. They never came back to reclaim their daughter and were presumably murdered. The family raised her as its own. By this time, E. B. knew that according to the Jewish religion if his mother was born of a Jewish mother, she would be Jewish, as would all of her offspring. As an historian he wanted to see proof. He managed to find his grandmother’s birth certificate. In the space for “parents” it was blank. In the space of “religion” it was also blank. Further investigation was impossible because the municipal offices of the city of Munster had been bombed by the allies and all the records from that period were destroyed. Although he had no evidentiary proof, all indications were that he was Jewish.

With this newfound knowledge of his background and the experiences he had in Israel, his spiritual journey began in earnest. In 2013, when he had to do a semester abroad for his Master’s degree, he choose to do it at Hebrew University in Jerusalem. By what he sees now as hasgacha pratit, the school housed him in a “Shomer Shabbat” dormitory and he started participating in the prayers at the shul on campus. Yom Kippur and its prayerswere particularly moving. He would come often to the Maalot Dafna neighborhood for Shabbat meals at the Machlis home, a family that hosts hundreds of people for Shabbat meals every week. He also started attending shiurim given by Rabbi Machlis.

In 2014, when his semester ended, he returned to university in Munich and contacted Rabbi Levinger, the Chief Rabbi of Munich about the conversion process. Since he couldn’t prove that his mother was Jewish, he would have to convert. He started learning with Rabbi Levinger and with other rabbis in the community.

In 2015 he returned to Israel as a PhD candidate in a joint program of the University of Berlin and Hebrew University. Someone he knew suggested that he study at Machon Meir. He did that for a year. He tried to open a file for conversion with the Rabbanut, but there were many bureaucratic obstacles. Rabbi Zalman Weiss, an Ohr Somayach alumnus whom he had befriended, suggested that he do his conversion through the Beit Din of Rabbi Nissan Karelitz in Bnei Brak. He studied hard and passed his oral examination for the conversion, followed by milah and then, the last step in the process, his tevilah, was on the 4th of Kislev 5778, just a few weeks ago.

E. B. entered the Mechina program at the start of the Winter Zman. He loves it. “It’s amazing”, he says. “It’s real and takes an open approach to Judaism and Torah learning. It’s clear and straight and not filtered through any political perspective.”