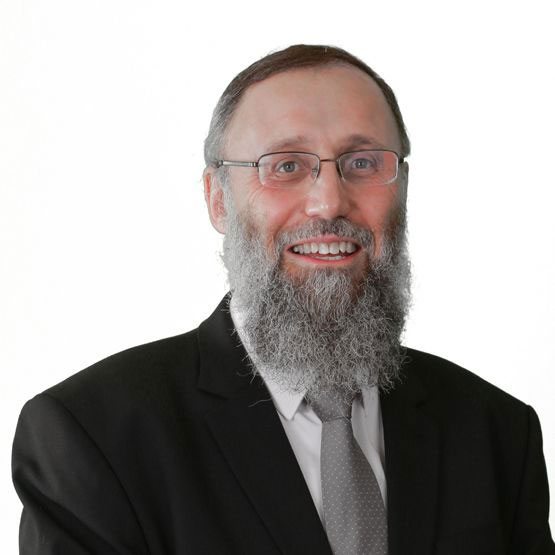 Ask any fundraiser about siyata d’shmaya (help from Above) and he will tell you that it’s the first thing you learn on the job. In a schmooze many years ago Rav Mendel Weinbach, zatzal, told a story that he heard from Rav Moshe Sternbach, shlita. Reb Moshe was a 13 year-old bochur (young student)learning in Schneider’s yeshiva in London at the start of the Second World War. As can be imagined, with England’s tragic evacuation of Dunkirk, the bombing of London and food rationing, there was precious little interest or money in the Jewish community to fund a yeshiva. One afternoon, the Rosh Yeshiva called on all the bochurim to help raise money necessary to keep operating. He gave each boy three addresses and told them to visit the homes on his list that afternoon and ask the householder for a donation. Little Moshe approached the first house on his list and knocked at the door with great trepidation. The door opened and the man of the house asked him what he wanted. He was quite shy, and as he squeaked out his request the man slammed the door in his face. Chagrined, but soldiering on, he hesitantly knocked at the door of the second house, and heard the angry bark of a large dog behind it. Moshe was deathly afraid of dogs and ran away.

Although almost thoroughly disheartened, he nevertheless heeded his rebbe’s command and approached the third address. It was a large and very prosperous looking house surrounded by a high fence. At the entrance was a sign that read “BEWARE OF DOG”. That was just too much for Reb Moshe, and he ran back to the yeshiva. In the morning, after davening, the Rosh Yeshiva came over to him with a wide smile. “Yasher koach, Reb Moshe, you saved the yeshiva” he said, shaking his hand vigorously. Bewildered, Reb Moshe answered, “I’m sorry, but the Rosh Yeshiva must be mistaken”. He then proceeded to explain his very unsuccessful mission, not omitting a single detail. “Are you a kofir?” roared the Rosh Yeshiva. “Do you really think that I trusted in you to raise all the money we needed? We had to do our hishtadlus (effort), and HaKodesh Baruch Hu brings us the money. This morning a man came into the yeshiva and gave me a check for all the money we need to keep operating for the foreseeable future. By doing your hishtadlus you saved the yeshiva, Reb Moshe.”

Danny Kirsch can tell you all about siyata d’shmaya — not just from his success in founding the bustling kiruv center known as the Jewish Learning Exchange in London, and from his fundraising experience, which is substantial, but also from his life experience well before he founded the JLE in London.

Danny’s paternal grandfather came from Kemnitz, a small town in Germany near Leipzig. The Kirsches were not part of an Orthodoxcommunity. Educated with a degree in business, his grandfather was involved in the management of a large glove manufacturing concern located there. In 1937, seeing the writing on the wall for the Jews in Nazi Germany, his grandfather asked the owner of the factory to consider him for the position of manager of their factory in England. The owner agreed, and in that year his grandfather left Germany and moved to Letchworth, close to the English location of the glove factory. While he obtained their necessary visas, his family moved in with relatives in Switzerland. They joined him in 1938. At that time Letchworth had a Jewish population of one family – the Kirsches. Shortly after the Kirsches moved to Letchworth, Mr. Aba Bornstein, a prominent Jewish property developer in England, built a large housing project of worker’s estates in the area, anticipating a boom after the Depression. The “boom” came, not from prosperity, but from the mouth of a cannon. World War Two began, and all the able-bodied men were drafted into the army, while the housing project lay empty. In what can only be seen as siyata d’shmaya and hashgacha pratis (Divine assistance, Divine personal supervision), the Jewish religious community of London, suffering from the bombing, decided to move to a safer, more remote area that was still an easy railroad commute from their work in London. Many chose Mr. Bornstein’s housing estates in Letchworth, an hour’s train ride north of the capital. As one of the few Jews in town, Danny’s grandfather attracted the attention of the leaders of the community, most notably Rabbi Solomon Sassoon, scion of the great Sephardi family (with whom the legendary Rabbi Dessler had a weekly chavrusah). They were intent on being mekarev the Kirsch family, and spent much time with them. (Because the community was then made up of the most prominent Rabbis and Roshei Yeshiva in England, including Dayan Yechezkiel Abramsky, HaRav Eliyahu Lopian, the Rosh Yeshiva of Etz Chaim), and HaRav Leib Gurwicz, the Rosh Yeshiva of Gateshead Yeshiva, when Danny mentions that he’s from Letchworth, English people assume he’s from one of those prominent Torah families. He thinks it might have helped him in many ways when he embarked on his own career in harbatzas HaTorah, teaching Torah to the public).

Danny’s grandfather eventually bought the glove factory and turned it into a thriving fashion business. Danny’s father took over the business from his father, and Danny was expected to continue in the business when he came of age. At the age of 12 the family moved to London. By this time the family was traditional, and members of the local United Synagogue — the official Orthodox Synagogue of the United Kingdom. At age 14 Danny was sent to Hasmonean High School in London — a modern Orthodox school. After graduating, he attended the London College of Fashion to learn how to run an apparel business. And upon receiving his diploma in Fashion Merchandising, he started working in the family business. At the same time he was involved in leading youth groups in the United Synagogue. This led to a dilemma. He actually preferred working with youth groups to business. After a year of work he was offered a prestigious scholarship to be one of 10 young Jews from Europe to study for a year in Israel at Hebrew University, to prepare them for future leadership positions in the Jewish communities of the Diaspora.

At the time he arrived in Israel in 1979, his older sister was studying at Neve Yerushalayim. The head of the school, Rabbi Dovid Revson, invited her and her brother Danny to spend a Shabbos with him and his family. Danny was greatly impressed with the Revsons, and apparently the feeling was mutual. Rabbi Revson asked Danny if he had any classes the next morning. He didn’t. The rabbi suggested to Danny that he pick him up at his dorm at Hebrew U. the next morning, and then he would bring him to Ohr Somayach for some classes. Danny accepted. Rabbi Revson introduced him to the registrar, then as now Rabbi Dovid Weinberger, who thereupon brought Danny to the beginning program run by Rabbi Yirmiyahu Abramov. The classes and rebbeim that he heard were nothing like any he had previously experienced. He decided to skip some classes at Hebrew U. and come back the next day. The depth of Torah and the philosophy of Yiddishkeit that he now discovered pulled at the mettle in his soul like a giant electromagnet. After a few days of classes he wanted to quit the university program he was on and come to Ohr Somayach as a full-time student. At the insistence of Rabbi Abramov he continued his university program for a couple of months, but his overwhelming desire for Torah led him to abandon the program he was on and become a full-time student at the Yeshiva.

Danny’s father was not as elated about the prospect of his son’s interest in learning as Danny was. He wanted him to return to the office after his year in Israel. “Yeshiva has an entrance but no exit” he told Danny. But Danny was undeterred. He felt that his life depended on an in-depth exploration of Judaism. Our Rosh Yeshiva Rav Nota Schiller, and Rabbi Solomon Sassoon, who had moved from England to Jerusalem, spoke to Danny’s father and convinced him that Ohr Somayach was a truly unique institution that would prepare him for a career in Jewish communal work, and he let him stay in Yeshiva.

The rabbis at Ohr Somayach were very inspirational. “I never met someone as motivated and with as great a love for Klal Yisrael and a desire to make a difference,” he says of Rav Mendel Weinbach, zatzal. “The staff of the Yeshiva, men like Rav Dov Schwartzman, Rav Aharon Feldman, Rav Mordechai Shakovitsky – the posek — and Rav Nachman Bulman, they were all gedolei Torah, ba’alei midos, intellectuals, honest. I never met people like these!”

Danny stayed in Yeshiva and grew very close to the rebbeim. After a year and a half he married his wife Jackie, and the couple moved to the Ohr Somayach branch in Zichron Yaakov, where he learned for three years under Rav Osher Reich, from whom he received smicha, in addition to another smicha from Rav Yitchak Kulitz, the Chief Rabbi of Jerusalem at the time.

In 1984 Ohr Somayach asked him to open an outreach center in London. Danny Kirsch had found his life’s calling.

Originally the center carried the name of “Ohr Somayach”. After a few years Danny changed it to the Jewish Learning Exchange. On a visit to London, Rav Chaim Pinchas Scheinberg, the Rosh Yeshiva of Torah Ohr in Jerusalem, asked him why he changed the name. Danny answered that it more accurately reflected his mission. “People come in with an interest and we exchange it for Jewish learning.”

Today the center, located in Golders Green, London, has a staff of over 40 full- and part-time employees. They offer more than 80 weekly classes given by such renowned personalities as Rabbi Dr. Akiva Tatz, Aaron Hersh and Benjy Morgan. In all, there are about 1,500 attendees per week. In addition, the JLE center has a fully operational shul with daily and Shabbos minyanim, and a lively Beit Medrash. Programs targeting high school and university students are conducted both in the center and on various campuses throughout England. The JLE also operates as a social gathering place, hosts Shabbos dinners for young professionals and other singles and families, and organizes BBQ outings as well as trips to Eastern Europe and Israel.

Danny and his wife have been blessed with many children, almost all married and most of whom are involved in harbatzas HaTorah. As we say in the West, “Nothing breeds success like success.” Danny and his wife are certainly proof of this dictum.

Of his beloved mentor, Rav Mendel Weinbach, zatzal, Danny Kirsch says: “Hardly a day goes by when I don’t hear Reb Mendel’s voice directing me and making sure I’m on the right path.” Danny is a frequent visitor to Ohr Somayach Jerusalem and continues to consult with Rav Nota Schiller, shlita, on almost every trip. We wish Danny and his wife continued success as they and their family go from “strength to strength” with continued siyata d’shmaya.