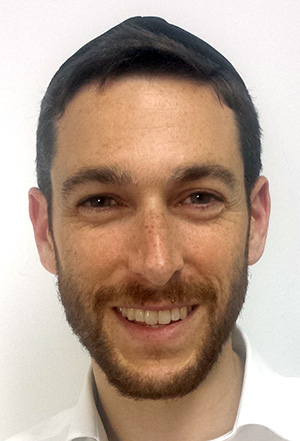 The newest addition to the staff of Ohr Somayach, while American by birth, has lived most of his life in Israel. His parents made aliyah from the Chofetz Chaim - WITS - community in Milwaukee to Telshe Stone when Yitzhok was nine years old. He acclimated to Israel. He went to learn in the famous Hebron Yeshiva in Jerusalem. After some years there he went on to spend two years each in Toras Moshe and the Mir Yeshivah. When Yitzhok decided on pursuing a career in kiruv (outreach) and rabbanut in the English-speaking world, he chose to enroll in The Jerusalem Kollel of Rabbi Yitzchak Berkowits, from where he received smicha (rabbininal ordination).

He married another American-Israeli from Har Nof in Jerusalem, Shani Leebhof. They settled in Har Nof, where they lived for eight years. After obtaining his smicha he joined the Edmonton Community Kollel, which specializes in kiruv. They spent the last two years there. As their four children were growing, he and his wife felt that their destiny was in their Jewish homeland, and not in the frozen tundra of Alberta. Their chance to return came when Ohr Somayach called. They moved the family back home to Jerusalem about a month ago.

Bo’achem l'shalom. We expect to see great results from their efforts!