The Human Side of the Story

Although the early history of the cinema is far from clear, around the year 1900 film evolved from a penny arcade amusement into a sophisticated language capable of narrative and emotion.

Little more than a century later that language is so ubiquitous that books are in danger of becoming a niche market.

According to a 2004 National Endowment for the Arts survey, a dramatic and increasing decline in literary reading in the United States leaves fewer than half of America’s adults reading literature.

Film’s great attraction and its strength is its ability to harness the immediacy of sight — seeing is believing — and though we may not exactly believe what our eyes tell us, more than any other medium, film makes it comfortable for us to suspend our disbelief.

Film’s immediacy, however, is also its weakness; everything in a film takes place in a constant “present tense.” Film has no “was” or “will be”. To depict the past or the future, film has to resort to the flashback or flash-forward, an inelegant device: The image begins to blur, the dialogue echoes until the picture resolves into a past or future scene. However, the new scene we are now watching is once again in the present. In a film everything takes place in a perpetual state of “is.”

Not only does film speak in a continuous present, but also that present tense has become increasingly abbreviated and compressed.

Between the 1930’s and the 1950’s the average length of a shot in a typical A-picture was between eight and 11 seconds. After 1960, the pulse of editing quickened until MTV and TV advertising have accelerated cutting rates to the near-subliminal. 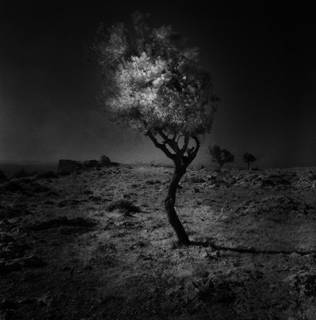 How do these idiosyncrasies of the language of the age, reflect the weltanschauung of our age?

Not much more than a century ago, an American “night out” consisted of listening to four hours of political debate without a break and no ice-cream lady prowling the aisles. This required an audience attention span that beggars the imagination. Flash forward to the reporting of the Nixon/Kennedy Presidential elections in 1960. 60% of “sound bytes” (an uninterrupted monologue by a reporter) are shorter than one minute, and by the time George Bush Sr. took on Michael Dukakis in 1988, a sound byte has shrunk to 9.8 seconds, and not one is as long as a minute.

Our age is unique in its inability to concentrate on anything for very long. We even have a medical name for it: ADD and ADD/HDD. Whether these conditions have always existed or whether they are specific to our age is debatable, however there is an unmistakable synchronicity between the acceleration of cutting rates in film and television and the upsurge of ADD syndrome.

In the cave of Machpelah at Chevron are buried Adam and Chava, Avraham and Sara, Yitzchak and Rivka, Yaakov and Leah. The word machpelah means “doubling,” not in the sense of one thing added to another, but rather the thing itself doubled. The defining trait of those who are buried in Machpelah is that everything they did in this world was transformed into a parallel existence, a doppelganger in the World to Come. They doubled their entire present into their future; the entire transcript of their lives was transmuted into an eternal existence because their lives contained zero wastage.

A person can relate to the present in one of two ways: as the most fleeting thing in existence, a will-o-the-wisp, an un-catchable frame in the movie of one’s life; or one can see the present as an unpolished diamond waiting to be turned into eternity.

The syntax of film, the language of our age, encourages the perception that the future and the past are not realities; all that exists is a constant stream of “now.”

From the Jewish view, however, success in life is measured by how much of the present we can turn into future before it becomes the past.

THE CERTAINTY OF DOUBT

to allow the doubt

« Back to The Human Side of the Story