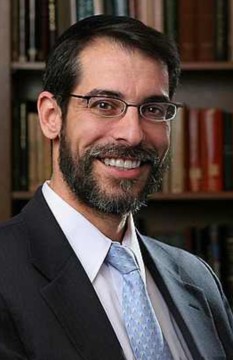 NCSY (National Council of Synagogue Youth), a kiruv project of the OU, has touched the lives of more than a quarter of a million Jewish high school youth over the last sixty years. It has sent many of its participants to yeshivot and seminaries in Israel. Over 20 years ago, encouraged by NCSY, Rabbi Nachy Brickman, a former NCSY Regional Director, established the Derech Program at Ohr Somayach. It still attracts many NCSY graduates.

In 1980, a young NCSYer from Dallas, Texas came to Ohr Somayach in Jerusalem. His name is Michael Rovinsky.

Michael’s parents were and still are among the pillars of the Dallas Jewish Community. The family belonged to a Conservative synagogue. At the suggestion of a friend, they sent Michael to the local Orthodox Day School for elementary and junior high school. Because of Michael’s positive experience there, he maintained a connection to some of his rabbeim and got involved in NCSY while in public high school.

Michael’s father is a successful mechanical engineer with his own consulting company. The plan was that Michael would become an engineer and eventually take over the business. Hashem had other plans.

While his parents approved of Michael’s choice of Ohr Somayach as a place to spend the gap year after high school, they thought it would be just that — one year. But after exposure to Rabbis Yaakov Bradpiece, Eli Merl, Moshe Pindrus and others, Michael decided that one year was not enough. While tutoring weaker students, he also discovered that he had a love of teaching, a love that continues until today. He prevailed on his parents to let him stay for another year. You can probably guess what happened after that second year.

Michael returned to the States and went to Yeshivat Kol Yaakov in Monsey, NY for the next two years and then to Ner Yisroel Yeshiva in Baltimore. He got married and stayed for another six years in their Kollel.

During his second or third year in Kollel, he got a call from a local modern Jewish high school. There was a class of the weakest, least interested, and almost uneducable kids, whose rebbe had quit in the middle of the term. They asked if he was interested in taking it over. He was. During his bein hasedarim at the Kollel, he taught the toughest youth in the school. He was good at it. And it reawakened his love of teaching. Instead of manipulating and restructuring the physical world as an engineer, he wanted to dedicate his life to helping other Jews discover their inner spirit and to channel it towards the true purpose of their creation.

In 1990, his seventh grade rebbe from day school in Dallas. Rabbi DavidLeibtag, called him and asked if he would be interested in moving back to his hometown to become the limudei kodesh menahel and a rebbe in the day school there. He was. By this time Michael had acquired some secular degrees, including an MBA from Johns Hopkins University, and he had become a mohel after training with Rabbi Moshe Rappaport of Baltimore. His training alsoincluded a stint in Jerusalem with the famous mohel, Rabbi Yosselle Weisberg, zatzal.

His parents were very happy that he was coming home with their grandchildren, and were very proud of his accomplishments.

Michael, who is quite outgoing, articulate and a very professional mohel,quickly developed a huge following in Dallas and his services as a mohel were in great demand. Surprisingly, his clientele included not only the wider Jewish community, but also many non-Jews, including medical professionals, who preferred him to less experienced urologists.

Before long he had become probably the busiest mohel in the United States. He has been invited all over the world to perform milah. He recently did one in Rome for a non-Jewish family and was also invited to travel toEcuador and the United Arab Emirates. Hundreds of professional midwives and OBGYNs around the country recommend his services to their patients.

In 1993, Michael was offered the position of Executive Director of the Epstein Hebrew Academy in St. Louis and to be a fifth grade rebbe. Before he left; the Dallas Jewish Community extracted a promise from him to come back regularly to domilah. Today, Michael averages at least one day per week in Texas doing brissim, as well as going to other cities around the US for circumcisions and brissim. In fact, when I spoke to him recently, he was on the road where he was scheduled to be doing over 60 brissim and circumcisions over the next three days.

In addition to his incredibly busy schedule, he has become the “go to” person for those wishing to train as a mohel, due to the volume of babies his talmidim can be exposed to. He is also the Director of the Association for the Advancement of Bris Milah, an organization which strives to provide every Jewish child an opportunity for a Bris Milah.

His connection to NCSY is still strong. He has been the St. Louis City Director of NCSY for the last 20 years. He also runsthe Jewish Student Union, the OU’s Jewish outreachprograms in secular high schools in St. Louis, and sends many graduates to summer programs and yeshivot and seminaries in Israel.

How can one man juggle so many responsibilities without dropping any? As many of his admirers say, “He’s a cut above the rest.”