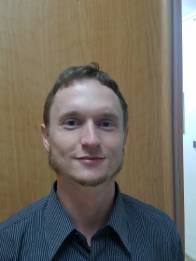 When he was six months old, Eliyahu’s family moved from Minsk, Belarus, to Omaha, Nebraska. His parents and grandparents, raised in the Soviet Union, had absorbed much of that country’s disdain for religion and its atheistic philosophy. His mother, however, had a certain respect for her heritage and encouraged her children to be proud Jews. This didn’t translate into religious practice (with the exception of lighting the Chanukah candles with the brachot), but the family was involved with the Russian Jewish community in Omaha. They were, along with most of the other Russian immigrants, dutiful attendees at the May 9th VE (Victory in Europe) annual dinner at the Jewish Federation of Omaha.

As is common among many Russian émigrés, Eliyahu’s parents encouraged him to study music. At a young age he started learning the violin. He was captivated by the instrument and its sound and practiced diligently. During high school, his career path tended towards the concert stage, but he also excelled in academics.

Bloomington, one of the preeminent music conservatories in America. He graduated with a degree in Violin Performance. At the same time, he also received a BA in French language.

In order to advance his professional career, he went on to get a Master’s degree in Violin Performance from DePaul University in Chicago. Upon finishing his Master’s, he got a coveted position as a member of the Civic Orchestra of Chicago, a feeder to the Chicago Symphony Orchestra and other major orchestras in North America.

After one season with the Civic, Eliyahu became disillusioned with his life as a musician. The schedule was punishing, and the compensation was quite modest for an expensive city like Chicago. He saw that, unless one could secure a position with one of the top orchestras, the future would be cloudy. Jobs are few and the competition fierce. In the gig economy of the music world, every day is spent either giving concerts or auditioning for jobs. There was a pervasive nihilism that was common among his peers, and Eliyahu started to rebel against its accompanying decadent lifestyle. He wanted to do something he loved.

After a friend took him to tour the Chicago Tribune Freedom Center — a print production facility for the Chicago Tribune and its sister publications — Eliyahu decided that he would pursue a different career. He had always loved languages, their grammar, their structure and their visual representation. He was fluent in French, Russian and English, and had a basic knowledge of Polish and Spanish. As the tour ended, he introduced himself to a well-known reporter for the Chicago Tribune, Chicago’s largest newspaper. He asked him what jobs were available and was told to submit writing samples and a resume. A month later he was contacted by the human resource department at Tribune Publishing Company and was offered a job starting in April 2018 as an Editorial Assistant for Print Production, a job entailing graphic design, layout and newspaper editing. Eliyahu had, at last, found his career, but he had not yet found his soul.

In January 2019, Eliyahu’s mother, Karina Brown, died at the young age of only 48, succumbing to a brief but fatal illness. Eliyahu was very close to her and grieved deeply. He felt a need to express his grief in a Jewish way — one that would be a tribute to her. While at the Jacobs School of Music, he had been a regular attendee at Friday night Shabbat services at the Hillel on campus. Since arriving in Chicago he had not made a connection with a Jewish community. Now he sought it out. The Chicago Loop Synagogue was close to where he worked, and Eliyahu would regularly go there for shacharit and to say Kaddish for his mother. He also connected with Rabbi Dovid Kotlarsky of Chabad of East Lakeview for Shabbat services. He taught himself the basic prayers in Hebrew so that he could participate with the congregation. Of that experience Eliyahu says, “I started to realize that this is the one heritage that I can really be proud of.” He also realized that what he was doing was not enough.

Not being content with minimal mastery over a serious interest, Eliyahu decided to take his three-week vacation at Ohr Somayach’s Mechina Program on the advice of Rabbi Doron Lazarus, an Ohr Somayach alumnus and Chicago kiruv Rabbi. He has just recently completed these studies. Eliyahu has nothing but the highest praise for the rebbeim and students. He cannot wait to return. Nor can we. May the New Year bring a fulfillment of all his deepest wishes, and comfort to him among all the mourners of Zion and Jerusalem, and an aliyah to the neshama of his mother, Karina Brown, z”l.