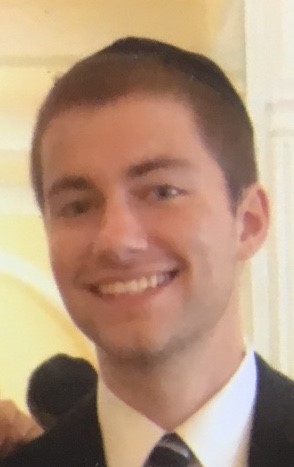 A Brief History of Timepieces

As long as humans have been on earth, we have been obsessed with Time. Adam, who, according to one Tana was born in Tishrei on or near the Autumnal Equinox (the point in time when day and night are equal, each lasting 12 hours), observed that each successive day was shorter than the last and each night longer. Believing that because of his sin the world was soon to be enveloped in darkness, and that the sun, and hence human life, would soon be extinguished, he did teshuva and prepared himself for the end. But with the Winter Solstice and the increasing length of daylight, he understood that had established an astronomical law based on the rotation of the earth around the sun and that he was given a reprieve. To celebrate his joy, he established a “Festival of Light” on that date, the 25th of Kislev, which later became the Festival of Chanukah.

Adam, the “most Divine” of all humans, had an innate sense of the passage of time and was not in need of a clock. However, the accurate measurement of time is an endeavor that is shared by almost all of mankind. The very first Mishna in Shas teaches the correct time to say Shema in the evening. In the days of the Mishna there were no clocks or watches as we know them, so the time was determined by when certain activities took place in the Temple. And in the Temple those times were announced by sky-gazers. There was no need to know to the exact minute. Time to pray was announced by criers observing the sky. The Egyptians, it appears, invented sundials, which could tell approximate time if the sun was shining. The Greeks invented water clocks, which were a more exact method of timekeeping and not reliant on the weather. Hourglasses filled with sand were a good way of measuring smaller amounts of time. In Europe, the earliest clocks had only an hour hand, there being no particular need for minute hands. Agricultural work depended mostly on daylight, and whether it was 10:23 am or 10:53 am didn’t make a big difference.

Early advances in the measurement of time came mostly from the Catholic Monasteries, where monks had very regulated days. They were also the earliest clockmakers. Clocks in those days had pendulums, which provided the energy to power them. With the invention of the mainspring and balance wheel in the 15th century, the miniaturization of clocks became a possibility, as was a very accurate measure of time. One of the first wristwatches ever produced was given as a present to Queen Elizabeth I571, and for hundreds of years wristwatches were exclusively women’s apparel. Later, in the 18th and 19th centuries, gentlemen carried pocket watches. Pocket watches required pockets, and as long as a gentleman had a waistcoat and the leisure time to extract his watch, open it and look at the time, it worked fine.

The English were the first to produce wristwatches for their army officers in the 1880’s, so they could synchronize their maneuvers. An officer on horseback wielding a sword couldn’t easily take the pocket watch out of his waistcoat, open it and see what time it was. Before synchronized wristwatches, coordinated attacks between different flanks of an army had to be made by signaling — which could be intercepted by the enemy. By the end of the First World War, in which armies equipped their soldiers with wristwatches, they became an item of male apparel. In 2016 there were approximately 1.2 billion watches sold worldwide.

Yisroel Meir Perelman and Jonathan Raymond, two graduates of Ohr Somayach decided to cash in on this market. They established a company called “Raymond and Pearl” (their website is: www.raymondandpearl.com). They manufacture high-quality Swiss watches with a sleek and contemporary face in the seven colors of the rainbow and with interchangeable straps.

Yisroel Meir Perelman grew up in a secular home in Potomac, Maryland. His Jewish education consisted of going to a Reform Synagogue Sunday School. While he was in college he became interested in religion and, as any “good Jewish boy,” studied Eastern religions, the Tibetan and Chinese Languages, and their religions. But then his life took a turn.

As he tells it: “In the summer going into my junior year, Hashem came to me. I felt I was waking up and was being driven towards an interest in Judaism.” He decided to study Hebrew, take courses in Jewish studies and start going to shul. In the second semester of his junior year he took a course titled “Jewish Cultural History”. The professor was Christian. Assigned reading was the Tanach. “I knew it was true, “says Yisroel Meir, “because the writing was too deep and intricate.” He was entranced by Avraham Avinu, and heard the message to “remember the Shabbat day and keep it holy.” That Friday night he made up his mind to do just that. Not being familiar with the laws of Shabbat, he sat on his bed all day and read. He went to a Shabbos Oneg at JEM — Jewish Experience of Madison — the local college kiruv organization. And he liked it.

Yisroel Meir became “Shomer Shabbos”. By his senior year he was engrossed in learning Derech Hashem. The kiruv Rabbis in Madison were role models for him. He loved spending Shabbat at their homes, where he experienced a “wholesomeness” that he had never felt before. He attended a Shabbaton in Madison and saw a Kollel for the first time in his life. People invited him into their homes. He was intrigued and attracted by their kindness and humility and sense of purpose. He resolved to go to yeshiva. In his senior year, Rabbi Noson Adler of the Ohr Somayach staff came to Madison and helped him decide to come to the yeshiva. He learned at Ohr Somayach in Jerusalem for five years. Later, he earned an MBA from Bar Ilan University and started looking for business opportunities.