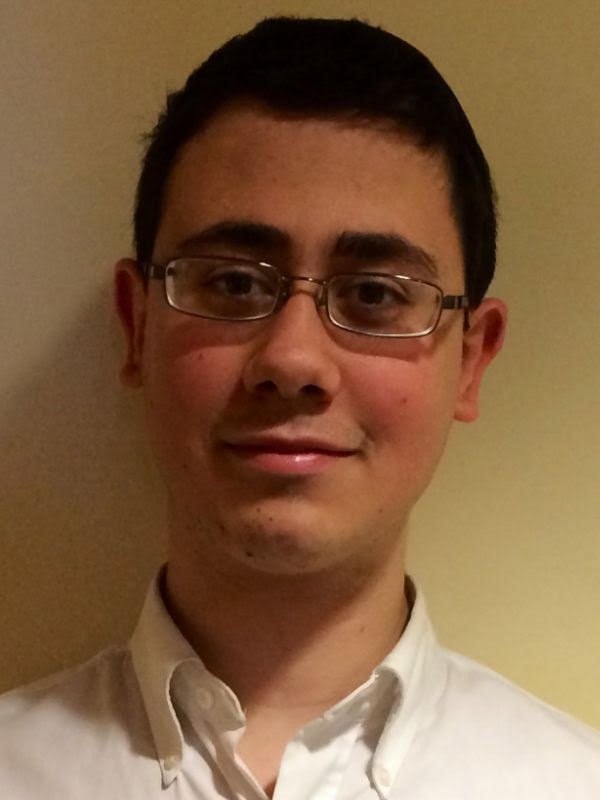 
Ophir’s parents emigrated from the former Soviet Union to Israel. His father’s family was able to get out in the 70’s, when a small window of opportunity opened for Jews to leave. His father went to high school in Israel, going on to serve in the Israeli army and graduating from university with a degree in mechanical engineering.

Ophir’s mother’s family came to Israel in 1990, and graduated from university with a degree in Speech and Language Pathology. Ophir’s father worked for Intel in Israel as a Technical Engineer. The family lived in Jerusalem. When Ophir was five years old his father took a job with Intel in Massachusetts and the family moved to the town of Westborough, about an hour outside of Boston.

Westborough has a Chabad House, and Ophir’s parents were active members. The family became observant when Ophir was eight years old. There were no Jewish schools in town, so Ophir attended public school. By the time he was in 10th grade, he was the only Jew in the school with a yarmulke on his head.

Vanderbilt is a university in Nashville, which, although well-known as one of the best schools in the South, never recruited much in the Northeast. However, it started to do so a few years ago. Ophir was attracted by its excellent reputation in the STEM curriculum (Science, Technology,

Engineering, and Mathematics). As can be seen by the fields in which he attained degrees, he took advantage of all of them. While he was in school, and for about six months after graduating, Ophir worked in a laboratory in Vanderbilt, doing research in Cellular Biology. He is one of the authors, along with a postdoctoral researcher and a professor at Vanderbilt, of a paper that was published by the peer-reviewed journal “RNA”.

Ophir plans to go to graduate school in the fall of 2019 to earn a PhD in Synthetic Biology, or a related field. But before doing so he wants to fill out his somewhat deficient religious education by studying in Yeshiva. After college he became friendly with a student who had spent some time at Ohr Somayach who suggested to Ophir that he might like the Center Program. Ophir met with Rabbi Shlomo Weiner, one of the heads of the Center Program, and decided to come for the Winter Zman. He is learning full-time. “It’s going very well, and I’m very happy with the schedule and the style of learning and with the other bochurim.”

Ophir lives in Ramot with his role model — his maternal grandfather, Dr. Mark Steintzaig, the founder of the famous “Dr. Mark’s” bread company. Dr. Steintzaig had emigrated from the Soviet Union in 1990 and shortly after his arrival became a baal teshuvah. He worked as a medical doctor in Israel for a few years. Dr. Steintzaig decided that preventing disease was at least as important as treating disease, and so he turned his hobby of baking bread into his main occupation, starting a factory to make his famous healthy breads. He recently sold the company and now learns three sedarim a day.