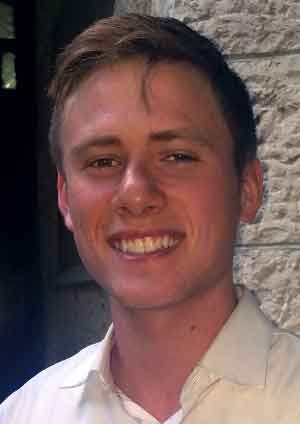 As one of five sons of a much sought-after principal of day schools, Yossi has lived in many cities in North America. He started off life in Baltimore, his mother’s hometown, and moved as a baby to Dallas, Texas where his father, Rabbi Steinman, was the principal of the Hebrew High School. At the age of three, the family moved to Toronto, where they lived for seven years. His father was principal of Yesodei HaTorah, and then Eitz Chaim in that city. When Yossi was ten the family moved to Boca Raton, Florida, where his father was the principal of the Torah Academy. The latest move was to Los Angeles, his father’s home state, where Yossi completed 11th and 12th grades at the Ner Aryeh Yeshiva in the Valley. Yossi’s father is now retired from being a school principal, and is engaged in real estate management.

While still in high school, Yossi became involved in making Jewish rap music and putting it online. As his talent developed and his proficiency improved, he found himself in the business of selling “beats” to other rappers. “Beats”, as I learned from speaking to Yossi, is, in rapper jargon, the electronic music or rhythm background to the lyrics. The rapper can buy or rent “beats” and put his words to them. Yossi actually supported himself right out of high school from the income generated by this business.

As one might imagine, the music or rap business is not for the fainthearted. To make a living in it, or in the entertainment business in general, is extremely difficult. There are many talented people who all compete with each other. Yossi was working day and night to succeed, and was seeing the fruits of his efforts. Until March 16, 2016.

That night, Yossi had an epiphany. While he was becoming a success in the secular world, he was neglecting his neshama. He felt that he needed to go to Israel and learn Torah. He left everything and flew to Israel the next morning.

He spent the next six months at Mayanot Yeshiva in Jerusalem, and then, after a short visit to LA, returned to Jerusalem to learn at Ohr Somayach, where he spent five months. He then returned to LA for a year, where he wrapped up his affairs and returned to Ohr Somayach in May of this year. He is now in Rabbi Matalon’s shiur, the highest level of the Mechina Program.

Yossi is still making and selling “beats” in his spare time, and while in LA for Pesach had a successful, first Jewish rap concert there. He intends to do more concerts and sell more “beats”.

Yossi would like to spend at least another year in yeshiva, and then get married and learn in kollel in Israel before returning to the US.

Asked about his experience here, Yossi says: “I love Ohr Somayach. There are no words to describe it. I love the architecture of the buildings, the peacefulness and beauty of the campus. Each rebbe could be a Rosh Yeshiva. They’re personable and available and big talmidei chachamim. Ohr Somayach lets you be you and not compromise who you are. It’s mamash Gan Eden.”