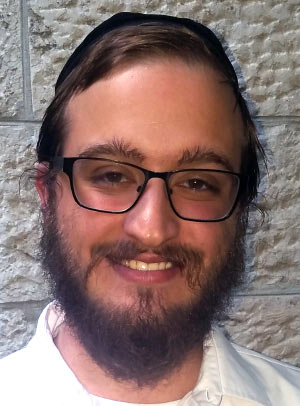 Menashe comes from a long line of prominent Clevelanders. His great-grandfather was the rav of the Shomer Shabbos Synagogue in that city in the early part of the 20th century. His great uncle, Ezra, a lawyer, was very active in the Zionist movement in America before the founding of the State of Israel, and, as a young man, was asked by Ben Gurion to procure arms for the fledgling Haganah in the fight to establish the Jewish State. Ezra made aliyah from Cleveland in 1971 to become the director of the world-wide Keren Hayesod, the United Jewish Appeal. Menashe’s father is a prominent attorney in Cleveland today.

While his parents belonged to a Reform synagogue, Menashe was sent to a pre-school program at a Conservative synagogue. He attended their afternoon Hebrew School through bar mitzvah. Being an avid student of Judaism, he continued studying after bar mitzvah and was confirmed at 15, followed by an after-school Hebrew High School program. His increasingly Jewish lifestyle began during Hebrew High School and continued throughout college. Upon graduation from college he took the next step and sought out the Cleveland Orthodox community. Menashe eventually found his home in the shul and community of the Jewish Learning Connection of Rabbi Ephraim Nisenbaum. He committed to keeping Shabbos and kashrut, davening and learning.

In Menashe’s senior year of college he made a decision to follow a career path in academics, to become an Economics professor. To that end he applied and was accepted into the graduate program in Economics at the University of Oxford. While Oxford has a small religious community, it is not geared towards new ba’alei teshuva. Menashe had a dilemma: Should he continue his studies at Oxford or should he go to Yeshiva and immerse himself in the Sea of Talmud? In January of this year he made his decision and came to Ohr Somayach in Jerusalem on the advice of an Ohr Somayach alumnus who is also a graduate student at Oxford.

Menashe is now in Rabbi Guy Matalon’s shiur in the Mechina department and making rapid progress in his studies. We anticipate having much nachas from Menashe as he becomes a serious Ben Torah.