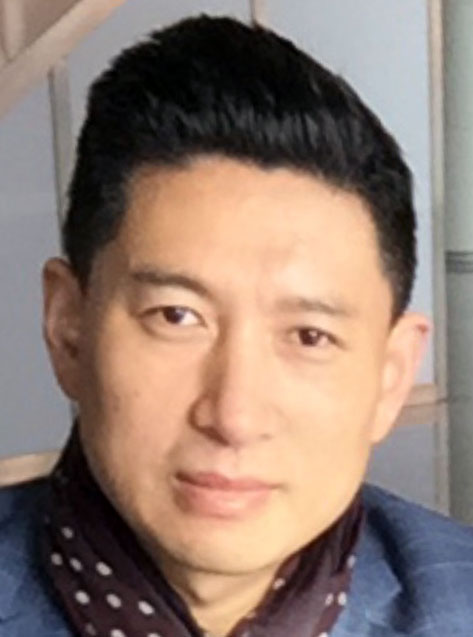 The Midrash in Shemot Rabbah, Parshat Yitro, states that all the present and future souls of the Jewish People stood at Mount Sinai.

Rav Ovadia MiBartenura begins his commentary on Mesechet Avot (The Ethics of the Fathers) in the following way: “… since this mesechta is not based on the explanation of the mitzvot of the Torah like other mesechtot, but is all ethics and advice; and since the nations of the world also wrote works that are founded in the ways of ethics, i.e. how a person should act towards his fellow man, therefore the Tanna begins this mesechta with the words: 'Moshe received the Torah from Sinai…' to inform you that the behaviors and ethics taught in this mesechta were not formulated by the Tannaim from their own intellect, but were spoken on Mount Sinai.”

The ancient Chinese philosophers wrote extensively about the ideal way of life. Notions of virtue and righteousness run deep in Chinese culture. Values of respect, compassion, humaneness, righteousness, decency and altruism were incorporated into this philosophy. Mao Tse-tung, following the success of his communist revolution in 1949, sought to uproot the traditions of the past, which he felt were impediments to his view of society. His war on the Chinese past reached its climax in the Cultural Revolution in the 1960s. He did an effective job. By the time Binyamin was born in the 1970s, ancient Chinese wisdom had been all but erased, and a new religion of utilitarianism replaced it. Whatever worked was “good” and what didn’t work was “bad”. In this philosophy, Binyamin grew up.

But, he thought differently. Even as a young boy he understood that there had to be a righteous way to live and he wanted to find that way. His mother taught him how to read the ancient Chinese symbols and to decipher the teaching of Lao Tzu. He gained a deeper level of understanding of the ancient wisdom, but while it was poetic and beautiful, its teachings could not be applied to specific situations or rules. The individual was left unguided and had to find his own path in life. School and work did not foster independent or unconventional thought. Binyamin studied hard and eventually graduated with a degree in electrical engineering. He worked in the field of hi-tech and succeeded. But he was still bothered by questions: “Why am I here on this earth? What are my life’s goals? Am I here just to make computers less vulnerable to hackers, to make a better machine? Is that all there is to life?” Another question that he pondered endlessly was: “How does a righteous person act in a given situation?” This last question was illustrated in stark relief when, as a young man, he was buying some fruit in the market. He asked the seller politely to give him a sample to taste. For some unexplained reason, the seller flew into a rage, berating Binyamin, and flung a piece of the fruit at Binyamin’s head. Binyamin didn’t know how a righteous person should react. Should he shout back? Should he also throw a piece of fruit at the man? He stayed silent, but was confused. What was the proper response?

He was working in Network security in Shanghai when a friend suggested that he apply for a work visa for Australia. Although he really didn’t have a great desire to leave China, he applied anyway. About a year later he received a letter from the Australian Government telling him that his application was accepted.

Although he spoke virtually no English, Binyamin decided to move to Melbourne. As he would say now, “mishaneh makom, mishaneh mazal” (changing location changes one’s luck). At first it didn’t look like that. Because he didn’t have the language skills he couldn’t find a job. He spent almost his first two years in Australia just learning English. Finally, with his savings almost exhausted, he got a job in IT with the Melbourne City Council. He then moved to Sydney where he found work in IT with the Forestry Commission of New South Wales.

As the years passed, those questions took on greater and greater urgency. One day, by chance, someone gave him a book to read. It was the Bible. He had never seen it before. The first part of the book fascinated him. It was The Five Books of Moses. He read it and knew immediately that it was not authored by a human, and contained the ultimate truth. When the man asked him what he thought, he told him that the first part of the Book was amazing and absolutely true. As to the second part, the so-called New Testament, he was not impressed. Binyamin asked him if he also believed that the Bible was the word of . The man answered affirmatively. Why then didn’t he keep Shabbat and wear tzitzit, keep kosher and do all the numerous other laws contained therein? He answered that he didn’t have to because their savior had absolved them from those obligations. This struck Binyamin as absurd, and he just kept re-reading and studying those Five Books.

Up to this point Binyamin hadn’t knowingly ever met a Jew. One day, an electrician came to his office to repair some of the wiring. He had a cloth head covering, and some strings sticking out of his pants. Binyamin was curious. He asked the electrician the meaning of those things he was wearing. At first the man avoided a direct answer. Upon repeated questioning by Binyamin, he told him that he was an Orthodox Jew, and that these were articles of clothing that we wear — a kipah and tzitzit. Binyamin had many questions about them and other things that he had read about in the Chumash. The electrician didn’t have many answers, but referred him, instead, to his rabbi. Binyamin met that rabbi, who saw his serious interest in becoming a member of the Jewish People, and he, in turn, referred Binyamin to the Beit Din of Sydney, which supervises conversions. Binyamin was an eager and serious learner, and completed the requirements of the Beit Din in 15 months and converted.

The next five years were spent working and getting more deeply involved in learning Torah. He read extensively, but had not yet mastered the texts in the original Hebrew. He decided that the only way he could make the progress that he desired was to learn in Yeshiva. Within the past year he met Rabbi Peretz Segal of the Center Program of Ohr Somayach at the Adas shul in Sydney, and decided that Ohr Somayach in Jerusalem was where he needed to be. In January 2018 he made aliyah and joined the Center Program. “I like the lifestyle in the Yeshiva. It is very conducive to learning. The rabbis are very devoted and sacrifice a lot for the students. And that itself is a mechayav to learn.”

Like the righteous coverts Shamaya and Avtalion, the elders who are quoted in the first chapter of the Pirkei Avot, Binyamin understands that everything in the Torah, both the Written and Oral Law, including the ethics that are enumerated therein, were given on Mount Sinai, and are the guidelines to life. Although it might take some time, Binyamin is willing to put in the time and effort to master it all.

I returned to the incident in the market place in China. Now that he’s Jewish and has read extensively, how would he now react to the seller who threw that piece of food at him? Without any hesitation, Binyamin answered: “To be silent in the face of deprecation, I would cherish that moment as one of the happiest of my life.” Said like a true son of Rabbi Shimon ben Rabban Gamliel (see Avot chapter 1 mishna 17).