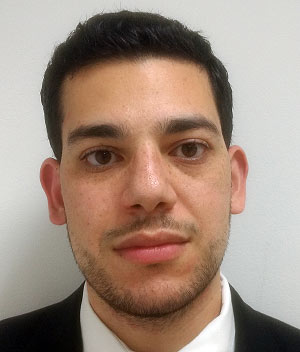 “What’s in a name? That which we call a rose by any other word would smell as sweet.” (Romeo and Juliet, Act 2, Scene 2) Jewish thought contradicts Shakespeare. We believe that names have a very great influence on the thing named. This dates back to the first man, Adam HaRishon. told him to name all the animals. He looked into their essence and came up with the perfect name for each of them. The same is true of people. Their names contain their essence. Avraham, Yitzchak, Yaakov, the children of Yaakov and their progeny for all generations, all have names which give us a key to who they are, what they are, or why they are. I’m not saying that the fact that Harry Lask shares a first name with perhaps the most famous magician the world has ever known, Harry Houdini (who also just “happened” to be Jewish), has anything to do with the fact that he became a magician, but it is, at the minimum, an interesting coincidence.

“Magic,” which is derived from the ancient Persian name for the actions of their Zoroastrian priestly caste called Magi, is a fascinating art. The illusion of taking a rabbit (or a rabbi) out of an empty hat or making the Statue of Liberty disappear is a source of wonder and entertainment to the audience. Its practitioners are highly skilled and trained. Harry started reading books on magic at age 14, and has been studying the subject and developing his art ever since. There are different categories of magic tricks, but the one that Harry is most drawn to is called “sleight of hand.” It involves extreme physical dexterity and keen observation. Harry asked me to look carefully at a deck of cards he was rifling through and remember one of the cards. He knew which one I had chosen. He can shuffle a deck of cards and know the position of each card. Of course, I had no idea how he does what he does. That’s the entertaining and wondrous thing about magic tricks. It has other benefits as well. Harry told me: “Magic is good for shy people. Performing for an audience forces you out of your shell. It makes people happy and is a good icebreaker. Today the norm is that people don’t communicate; they’re constantly on their phones. Magic is something that I can do to bring people together and out of their bubble.”

Harry is from a very traditional family in Philadelphia, Pennsylvania. His father is a pharmacist and his mother is a Hebrew School teacher. His older sister is religious, married and living in the Old City of Jerusalem. In addition he has a younger sister in Philadelphia. Harry went to a Modern Orthodox middle school from sixth to eighth grade, and then to a public high school. He graduated from Temple University in Philadelphia in 2015 with a BA degree in Risk Management and Insurance.

After graduation he decided to become more involved in Yiddishkeit and heard about the “jInternship Program” at Ohr Somayach in Jerusalem. He applied and was accepted, and worked in a large insurance company in Israel as an intern for three months. He valued the experience but wanted to learn Torah more intensely. He’s been in the Mechina Program for the past year, and is now in its highest level shiur, given by Rabbi Shlomo Zweig.

His plans are to return to Philadelphia for Pesach and get a job in the insurance industry. He’ll be performing magic tricks in the time he’s not working or learning Gemara. Maybe one day his hobby will be his profession. But whether he succeeds in that endeavor or not, the magic that Harry felt while learning in Ohr Somayach will stay with him for the rest of his life.

(Editor’s note: "As to the permissibility of "sleight of hand" tricks, see the Ohr Somayach "Ask the Rabbi" column #52: https://ohr.edu/ask/ask052.htm)