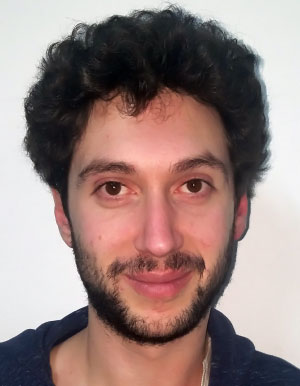 The first rule for an anthropologist doing field work is: “Don’t affect the society you’re studying.” You are an observer — a very curious, analytical, and close observer of the language, customs, family relationships, structure, religion and politics of the society, but never a participant to the extent that you lose your objectiveness and distance, thereby influencing the behavior of the people in the society. Of course, people being who they are, it’s quite impossible not to be influenced by the society one lives in and likewise regarding influencing it.

Jonah majored in Anthropology at Brandeis University and might have gone on to graduate school in that subject, but he had an itch to travel and observe humanity in its various societies firsthand. And he did a very good job of it. He travelled the world: to South East Asia, India, South America, the Middle East and Europe. But the first place he decided to do his field work was in Monroe, NY, among the Satmar Chassidim, who in many ways are as insular a society as any in the jungles of the Amazon.

Jonah grew up in a highly educated family. His father is a physicist and his mother a psychotherapist. He has an older brother who is an immigration rights activist in Houston, Texas, where he represents undocumented immigrants in the Immigration Courts. The family was secular, but very proud of its ethnic Jewish heritage. For a senior project in high school Jonah went with his family to Israel for ten days and reported on it. In Jerusalem, where they stayed, he saw a different slice of the Jewish world than he had ever seen in Arlington — people who actually practiced the laws that were written in the Bible and who dressed very differently from the Jews he knew back at home. His curiosity about his co-religionists was piqued and when he started college in Boston he sought out the Bostoner Chassidim.

For the summer after his freshman year Jonah decided to delve a bit deeper into his heritage. The Bostoner community set him up with Fischel and his Satmar family in Monroe, NY for the summer. Yonah stayed with them. He soaked up the Yiddish language and the shiurim and the warmth of the place. He was very impressed with the strong sense of community and belonging they felt, although he did not become a Chassid himself.

As the Sefer HaChinuch says, if you force a rasha to do one mitzvah on a daily basis, he’ll eventually become a tzaddik. The force of habit made a non-practicing Jew into one who kept Shabbat, kashrut and tefillin. After returning to Boston, however, his practice wavered and Jonah’s religious observance drifted away.

After graduating from Brandeis he came back to Israel on a four-week government sponsored program called Amiram. When that program ended, after a brief sojourn back at home in Virginia he set off on a four-year tour of the world. While visiting Portugal in 2016 he had an epiphany, and made a decision to come to Israel, his ancestral home. He hung out in Tel Aviv for the first six months, and then got serious, hopped on a bus and walked into Ohr Somayach’s Mechina Program. He’s now in Rabbi Wiener’s Gemara shiur and is seeing increasing progress in his learning. His goal is to learn and get married, have children and establish a “Bayit ne’eman b’Yisrael” — no longer as an observer, but as a participant.