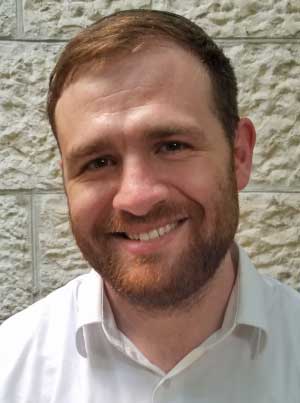 Unlike the University of Texas, the campus of Texas A&M University is not a hotbed of Jewish activity. It caters to the “real Texan” — the cowboy, the farmer and the budding oil field engineer; not the liberal arts “New York transplant” to Houston or Dallas. Lior Remson falls into the former category. His father, who is a chemical engineer and a safety consultant to the oil and gas industry, settled in Spring to be near the oil fields. Lior followed in his footsteps. His degree in Mechanical Engineering is geared towards the manufacture of products used in oil and gas production.

Lior’s Jewish upbringing was fairly traditional. His family was a member of a Conservative synagogue, and he and his younger brother attended a Young Judaea camp for a number of summers where they were exposed to the concepts of Shabbat and kashrut. Lior also worked for two summers in that camp when he was older. While in college his Judaism was similar to that of most young American Jews — he was aware and proud of his Jewish identity, but it had no practical impact on his campus life.

After graduation Lior got a job in Houston as a mechanical engineer with Halliburton, the giant oilfield production company and then for Bray Controls, another international oilfield production company. After a few years in Houston he got a job offer from an Australian mining company operating in Edmonton, Alberta. The company, Bradken, manufactures “consumables” — pipes, crushing equipment and other metal components for the oil and gas and mining industries. Lior was involved as a design engineer at first and then in manufacture. Professionally he was feeling quite fulfilled. Lior is also and avid skier, and Edmonton, situated near the Canadian Rockies, offered him many opportunities to pursue that hobby. Looking for social interaction, he sought out the small, but well-organized Jewish community of Edmonton, and he made a number of friends.

In 2015 his younger brother dropped a bombshell on the family. He had decided to be baptized as a Mormon. A student at Trinity College in San Antonio, he had a number of Mormon friends. Even earlier, back in Spring, Texas, he had also been close to a Mormon family which lived nearby. He travelled all over the world, and while in India he stayed with that same family who was in Mumbai on the husband’s extended business trip. It was there that he became convinced to convert. The Mormon Church sent Lior’s brother to Ecuador for two years as a missionary.

His brother’s decision caused Lior to examine his own life and beliefs. In the summer of 2015 he went on a Birthright trip to Israel and was greatly moved. Upon his return to Edmonton he started attending an Orthodox shul, and began learning Torah with a rabbi in the Ghermezian Kollel. He was a frequent guest at the rabbi’s Shabbat table. Eventually he started putting on tefillin daily, keeping kosher and became shomer Shabbat, even though this entailed his giving up long weekends of skiing in the Rockies.

Earlier this year, Lior made a decision to get an MBA, and is now starting a two-year course at Carnegie Mellon University in Pittsburgh. Before doing so, he spent the last few months at Ohr Somayach’s Mechina Program in Jerusalem on the recommendation of Rabbi Yitzchok Becker, a former member of the Ghermezian Kollel and now on the staff of Ohr Somayach.

In June, Lior’s grandmother, mother and father came to Israel. His father was here on consulting business, and they all came to visit Lior at the Yeshiva. After meeting with Rabbi Dr. Guy Matalon for dinner they were even happier with Lior’s decision to come to the Yeshiva to learn. Lior has loved his time at Ohr Somayach and plans to return.