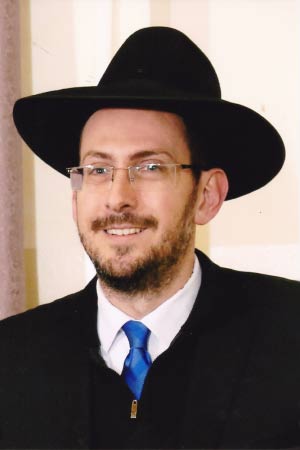 Our Rosh Yeshiva, Rav Nota Schiller, shlita, recently received a letter from Reb Binyamin Wolpin, a magid shiur (gemara rebbe) in Kiryat Sefer and son of the illustrious scholar and Editor of the Jewish Observer, Rabbi Nisson Wolpin, zt’l. After relating his close relationship with our Yeshiva and its bochurim (single students) when he lived in the Ma’alot Dafne neighborhood of Jerusalem – the location of Ohr Somayach – and its amazing work in educating ba’alei teshuvah to become talmidei chachamim, he continues:

“However, there was one special experience that struck me more than the other ones. Last week a neighbor of mine, R’ Elyah Leboff, made a siyum on the entire shas – Talmud Bavli! This was an amazing undertaking – a labor of love and commitment that began over 14 years ago! An amud (one side of a folio) a day, every day, for more than 14 years. The big seudah (feast) that was made in honor of this special simcha was filled with some of his friends from his years back at Ohr Somayach, along with many talmidei chachamim and admirers...

“When I begin to think about the tremendous zechuyot (merits) of those who showed him the way to a true Torah life, expressed by ameilus b’Torah (toiling in the study of Torah), I become overwhelmed with emotion.”

Reb Elyah comes from a traditional background. The family belonged to an Orthodox synagogue, Congregation Beth Israel, which was led at the time by Rabbi Geller, the father of Rabbi Avi Geller who teaches in our Mechina Program. He was an inspiration, and maintained contact with Elyah through high school and into college. Before his Junior year in college, Rabbi Geller (and other members of the Jewish community) encouraged Elyah to learn in yeshiva in Israel. Rabbi Geller’s son Avi was teaching at Aish HaTorah, where Elyah spent a year. He then returned to Boston to finish his degree, but was intent on returning to yeshiva after graduation.

Reb Elyah came to Ohr Somayach in 1996 after being recruited by Rabbi Saul Mandel, whom he met on the Emerson Campus. He started off in the Beit Midrish Program, where he learned for five years — the last three in Rabbi Pindrus’s shiur, and the last two years as a member of the Ohr Somayach Kollel, after marrying his wife, Pessie.

The family moved to Kiryat Sefer where they are today. They have five children — three boys and two girls, ranging in age from 8 to 16. Reb Elyah learns in a kollel in the mornings, where he is also a magid shiur, and he works as a translator and editor in the afternoons.

Now that he has accomplished that incredible 14-year task, what will he do now? Of course, he started shas again! This time he plans to learn it in even greater depth.

Reb Elyah says about his experience with Ohr Somayach: “What I appreciate most is that my connection with Ohr Somayach didn’t end when I left the Yeshivah; it has continued into the next generation. My sons have had Rabbi Gottlieb’s son as a school principal, Rabbi Weinberger’s son as a Rebbi, Rabbi Lazerus’s son as a Rosh Yeshiva, Rabbi Pindrus’s son as a classmate, and we’re even neighbors with the son of Rabbi Cohen, the Ohr Somayach librarian.”

Mazel Tov on your many accomplishments — and b’hatzlacha!