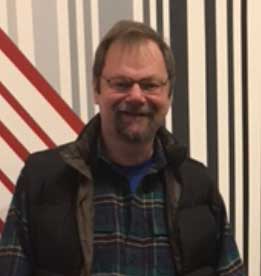 As evidenced from his excerpted biography above, Scott Spiegler's interests are quite varied. If there is one thread running through his life it would appear to be a drive to resolve conflicts — whether of a philosophical or a physical nature. This same drive led him to Ohr Somayach in the 1980’s.

Scott grew up in the Canarsie neighborhood of Brooklyn, and when he was 12 the family moved to Rehoboth, Massachusetts to be near his father's business in Providence, RI. His family was fairly secular, and Scott grew up with very little knowledge of Judaism. He was an extremely curious boy and questioned everything. With such a turn of mind, “Philosophy” seemed to be a natural major for him when he went to Brown University.

​In his senior year he took a course in Jewish Studies given by Professor Jacob Neusner. During the course the class viewed a film about the Holocaust. This was Scott's first visual exposure to that tragedy. I​t​ bothered him so much that he decided to explore Judaism, which, while a part of his identity, had not, up to that point, had any deeper meaning to him. He bought the ArtScroll book on Genesis, which had just recently been published.

It opened his mind up to a fascinating new world. ​It led him to explore the Jewish community in Providence, the home of Brown University. He shopped around for a comfortable and welcome setting. He finally found it in Rabbi Peretz Gold's shul, the most yeshivishe in Providence. He studied Torah there, and was mentored by Rabbi Gold, who suggested that Scott spend time in Yeshiva in Israel — specifically, Ohr Somayach. He began in the Introductory Program. His first Gemara rebbe was Rabbi Moshe Newman. Scott also had a close connection to Rabbi Simcha Wasserman, who was teaching in the Yeshiva at that time. He loved Rabbi Gottleib's classes, a teacher Scott could relate to as a fellow philosopher. One important lesson that Rabbi Gottleib taught him was that if he really wanted to understand Judaism he had to learn the basics, such as Chumash and ​G​emara. Scott loves learning Gemara and is a mainstay of the religious community in Framingham.