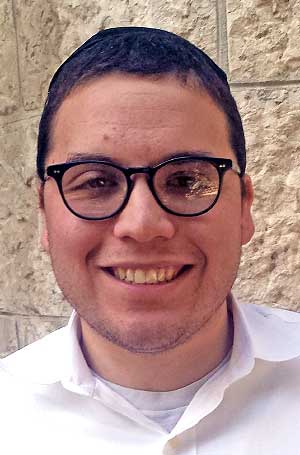 The Sefer HaChinuch (attributed by many to Rabbi Aharon HaLevi of Barcelona) shares an amazing insight into how a person’s actions, even when done unwillingly, have the power to influence and change a person’s behavior and his way of thinking for the better. For example, he states, if a person who is a “rasha gamor” (one who is totally devoid of mitzvah observance) is compelled until he does even one mitzvah, and this process is repeated daily until he does that mitzvahdaily — he will eventually become a “tzadik gamor” (completely righteous). Such is the amazing power of the action of a mitzvah upon a Jew. This is not mere behavior modification a la Skinner. It not only changes the behavior — it changes the mind. Of course, in our society it is illegal and ill-advised to compel a person to do something, such a mitzvah, against his will. However, I have seen with my own eyes the Sefer HaChinuch’s insight work on a fellow whom I knew in law school. He was an intellectual; a philosophy major at Brown University who had read extensively about religion, and was a dyed-in-the-wool atheist. He boarded off-campus with a couple of classmates who were Shabbat observant. Since they would not allow him to bring non-kosher food into the house or to cook anything himself he began to exclusively eat kosher food. On Friday nights and Shabbat mornings he went with his friends to shul, and then went with them to various families for the Shabbat meals. After three years of this, and all the while maintaining his intellectual disbelief, while immensely enjoying the food and company, he suddenly became convinced of the truth of Torah. He had no idea how this happened but it did! He went on marry a girl from a religious family, raise a Jewish family and become a pillar of the religious community in his city.

Sometimes the teshuva process occurs in the manner described above, and sometimes it takes a gorilla to shake a Jew out of his comfort zone and realize that he needs to take a different path. That happened to Max.

Max was born into a secular Jewish family in “the Valley” of LA. They were members of a Conservative synagogue and were a bit more traditional than the average secular family. Max went to afternoon Hebrew School until bar mitzvah, and while in High School became involved with United Synagogue Youth, a program aimed at high school teens to help them maintain their Jewish identity after their “formal” Jewish education had ended with bar or bat mitzvah. Max was very active in USY. He was elected as the President of his synagogue chapter, and eventually became a member of the Regional Board as Executive Vice President in charge of “Tikun Olam” — meaning, in the Conservative Movement terms, “social action” — a very important portfolio. The region included Southern California, Hawaii, New Mexico, Nevada and Arizona. Max was going places. As a member of the Executive Board of USY he was required to observe Shabbat and kashrut. Max took his obligations seriously. Of course, the Conservative Movement doesn’t require strict adherence to the laws of Shabbat and kashrut as they appear in the Shulchan Aruch, but it was still a major change in Max’s life, and meant real “mesirat nefesh” (dedication, often at a great personal sacrifice). He didn’t go out with friends on Friday nights, didn’t use his cell phone on Shabbat, went to the synagogue for services, ate his meals at home and spent the Shabbat day at home with his family. Perhaps, as the Sefer HaChinuch says, this had an indelible effect on his neshama (soul).

After graduating high school, his mentors in the movement pushed him to go to Nativ, the Conservative “yeshiva” at their headquarters on Agron Street and King George Street in Jerusalem, to groom him for a leadership role in the movement. Max was fully invested. The courses included revising the Chumash by deleting all the offensive and non-politically correct passages. This was encouraged by the teacher who empathized with all those characters in the Chumash who seemed to be attacked and despised by the Book. Poor Esav, Korach, Bilaam, the idol worshipers, and so on. The students would erase their seeming iniquities from the Book, and replace them with kindness and love.

Max had some “chardal” cousins in Yad Binyamin near Rechovot, and spent Shabbat with them. They questioned the validity of his experience at the “yeshiva” on Agron. Other Orthodox people that he met did the same. He was rattled, but continued on his path. Another Shabbat with a frum family in Mitzpeh Rimon exposed him to American yeshiva students from Keren B’Yavne — an Orthodox yeshiva. One of them, himself a ba’al teshuva (who is now learning in the Mir Kollel), became very friendly with Max, and the two had long discussions about hashkafa (outlook on life according to the Torah) and other Torah subjects. Their friendship continues until today. These conversations had a strong influence on Max, who now began to question the many “ideals” he had been learning.

Max returned to LA to start college at Cal State - Northridge. He majored in Linguistics and Islamic studies. He was observing more and more mitzvot, and started attending the daily minyan at the Chabad shul on campus. He also was teaching in a Conservative synagogue’s afternoon school.

On May 28, 2016 a four-year old boy slipped between the bars of a gorilla enclosure and into their habitat at the Cincinnati Zoo. He seemed to be in imminent danger of losing his life from Harambe, a 17 year-old, 450 pound western lowland gorilla. The guards at the zoo decided to shoot Harambe. He died.

The following day, after davening Mincha with his class at the afternoon school where Max taught, the school’s director asked if anyone wanted to say kaddish. One girl raised her hand. She wanted to know if it would be okay for her to say kaddish for the gorilla. The director, without hesitation, enthusiastically agreed. That was the last straw for Max. He left Conservative Judaism for good.

This past summer, after an exciting Shabbaton with the Mentors in Flatbush last winter and after reading some inspiring articles by Rabbi Yitzchok Breitowitz of the Ohr Somayach staff, upon the advice of Rabbi Nachi Klein of the Young Israel of Northwood Max came to Jerusalem on a JLE Connect program. He has decided to postpone college for at least another year. Max has been accepted to Yeshiva University, and plans to start there in 2018.