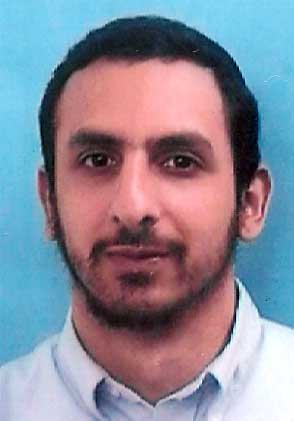 Yosef was born into a Tunisian Jewish family in France and moved to Worcester, Massachusetts when he was eight years old. It was a traditional family, and while they weren’t particularly observant, his parents wanted him and his siblings to get a Jewish education and sent them to a local Chabad Day School. After bar mitzvah Yosef attended the local public school.

He was a diligent student, and after high school attended the University of Massachusetts in Amherst, graduating with a double degree in Physics and Electrical Engineering. During his studies, he worked in research for Professor Rory Miskimen, now head of the Physics department at the University of Massachusetts, Amherst. But his investigations into the mysteries of the world were not confined to physical matter. What lay beyond the physical world was of at least as great importance to Yosef.

That search eventually led Yosef to Jerusalem and a three week summer JLE Program at Ohr Somayach in 1996. He stayed here for three years. Postponing a full scholarship to graduate school in Physics in Boston, he entered Ohr Somayach’s Introductory Program and learned with hasmada (diligence) under the tutelage of Rabbi Rockmill and the other Rabbis here, until he reached the shiur of HaRav Dov Schwartzman, zatzal, the highest level in the Yeshiva. After those three years in Ohr Somayach, Yosef married a young woman from Switzerland and started learning in kollel at the Mir Yeshiva.

He is still living in Jerusalem with his wife and six children, and is now learning full-time in a kollel in Israel. He has published the following English translations and commentaries:

Duties of the Heart with commentaries: http://dafyomireview.com/384

The Path of the Just with commentaries: http://dafyomireview.com/447