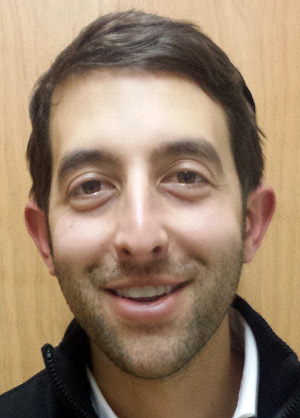 According to some estimates over 40 million Americans play fantasy sports, the favorite being “Fantasy Football”. For those who are unfamiliar with the name, Fantasy Football is a game of skill in which the participants serve as the general managers of virtual professional American football teams. The competitors choose their team rosters by participating in a draft of real football players. Points are based on the actual performances of the players in their games. The most popular version is within the National Football League. The object is to have your team win and score the most points. There are organized Fantasy Football leagues in which one can randomly play, but one can also set up a league with one’s friends. As a grandfather of young American teens, I have seen firsthand the passion that goes into this Fantasy world.

Since we live in the Olam Hasheker and the Olam Hadimyon — a world where falsehoods and fantasies are commonplace — it’s not surprising that Fantasy sports have a great appeal to young people. While in years past every boy dreamed that he’d be the next Babe Ruth, Mickey Mantle, Willie Mays or Johnny Unitas, today’s youth dream of being the general manager of their favorite football team. Very few, however, actually do something to achieve that goal. Yehuda Chaim Troy was the exception.

As most Americans know, Texas is a state with some of the most fanatical football fans in America. Growing up in San Antonio, Yehuda Chaim was infected with the football bug and his dream was to become a general manager of a football team. Of course, a nice Jewish boy needs a profession as a backup, and Yehuda Chaim graduated from the University of Texas with a degree in Finance, but he never took his eye off the ball. In his best-selling book, Moneyball, Michael Harris describes a new type of general manager of a sports team. He’s not the red-faced, hollering ex-pro who gets along well with the owner and recruits players based on reports from scouts who are part of an “old boy’s network”, but rather a data-savvy “quant” who makes his picks based on a myriad of metrics and statistical analysis. This is what experts (such as my 14 year-old granddaughter) who play Fantasy Football do, and this is what Yehuda Chaim wanted to do in the “real world” of football. While still in college Yehuda Chaim interned with the New Orleans Saints and, following a short post-college stint as a Financial Adivsor for Morgan Stanley in Dallas, returned to work for the Saints fulltime in their Youth Programs Department for the team’s first season in Louisiana post-Hurricane Katrina. Just a year and a half later he moved to New York City joining the NFL’s corporate office, taking a role in Player Development to help current players prepare for life after the game through career, financial, and mental health skill building. Soon thereafter Yehuda Chaim joined the Labor Operations group at the NFL, supporting Collective Bargaining negotiations and analyzing data related to player contracts. Simultaneously he also succeeded in acquiring a Masters in Business Administration from Fordham University.

In 2013 he moved out west to join the NFL’s operation in Los Angeles, widening the impact of a big data business intelligence system he had helped develop. On paper, Yehuda Chaim was doing the kind of work he dreamed of years before, but a funny thing happened – a casual reading of "Start-up Nation", a book about the phenomenal success of Israel’s “hi-tech” scene, triggered a realization that he needed to tap into something deeper than the path he’d been blazing. While in Los Angeles he had a slight connection to the Jewish community, mostly through volunteerism with the Jewish Federation and attendance to a few events sponsored by Aish HaTorah. However, a Birthright trip in 2005 and a cultural pull towards Israel; the Jewish People’s homeland beckoned. He soon thereafter resigned from his job and made aliyah to Tel Aviv. Once in Israel he began spending weekends and holidays with religious cousins in Ma’aleh Michmash and Rechasim. The beauty of Shabbat and their spiritually elevated way of life made a big impact – a few months later he decided to take one week of introductory classes at Aish HaTorah Jerusalem in order to better comprehend the implications of 3,500 years of Jewish history and the practicality of integrating more observance of Judaism into his life. After 9 months of learning at Aish, Yehuda Chaim came to Ohr Somayach to continue elevating spiritually and deepening his connection to the wisdom of the Torah. He’s currently learning in our Center Program alongside Rabbi Peretz Segal and is well on his way to the “Big Leagues.”