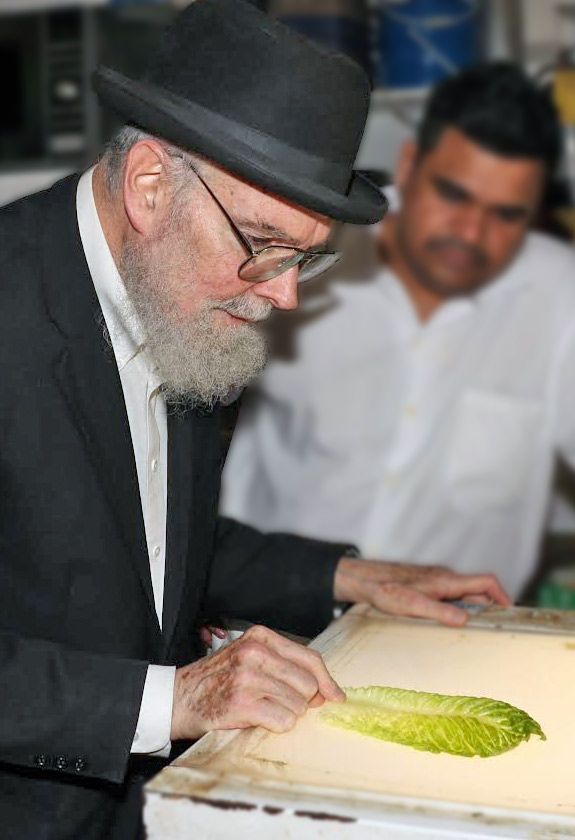 KASHRUS Magazine, the Brooklyn-based periodical for the kosher consumer, has chosen Rabbi Catriel Blum of the “COR-Kashruth Council of Canada” as their 6th annual “Mashgiach of the Year”. He was presented with a check for $1,000. The presentation was made on November 16th at Kosherfest, the world’s largest trade show for the kosher industry.

Rabbi Blum was chosen from among the nominees of the 1,371 kosher agencies worldwide. He has worked for the “COR” for 15 years as a “route mashgiach,” a kosher supervisor for multiple establishments. Rabbi Blum supervises 12 establishments, including both dairy and meat restaurants and bakeries, visiting each as many as six times a day. Rabbi Blum has literally become a legend in the Bathurst section of Toronto as he is seen walking from store to store in a three-block area. People there see him as a “community kosher supervisor” and he sees them as “my people.”

“A mashgiach is not a policeman,” said Rabbi Yosef Wikler, editor of Kashrus Magazine. “Rather, he is the representative of kosher and Judaism to the staff in his facility and to the administration of the company he works for. Rabbi Catriel Blum, through his winning personality and firm resolve, wins daily the hearts and cooperation of proprietors, kitchen staff, and the ‘COR’, truly deserving the title ‘Mashgiach of the Year’.”

Mazal tov to our winning alumnus!