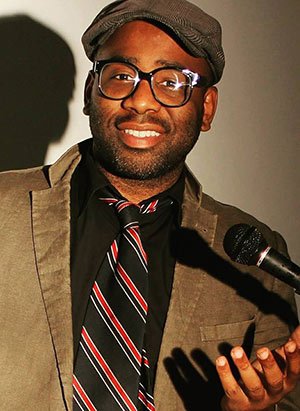 Student in the Mechina Program

Mordechai’s story is somewhat different than that of most students at Ohr Somayach — a Yeshiva which has very many interesting students and alumni. He was born in Springfield, Ohio, where his father had gone to University. His dad, from Cleveland, and mom from Meridian, Mississippi, had met while they were both in college. Two years after Mordechai’s birth the family moved West to Calabazas, California — “The Valley” near LA — where his father started an insurance agency and his mother began her PhD studies at UCLA. (She is now a professor at USC). Although both were raised in the Christian church, his parents had serious questions about some of the basic foundations of Christianity, and raised the family (which eventually consisted of five children) without any formal religious training.

After graduating from Calabazas High School, Mordechai entered UCLA, but soon dropped out to start an internet/entertainment company. After raising millions of dollars for his business model he began to book tours for rap and hip hop stars. He eventually sold his interest to the venture capitalists that financed him. He then worked in marketing and then in film production, as an executive producer. He was also a creator of a television series and a television producer. By the age of 25 he had sold his interests in the TV production company, and he went on a “quest” to see the world and explore new business opportunities. One of the places he visited was Israel, which left an indelible impression on him and played a role in his future direction.

Upon returning home, his parents, who had been getting involved in the spiritual side of Judaism, introduced him to their Rabbi-Mentor. Mordechai was intrigued. He studied very seriously, and eventually, after a number of years, converted.

His previous career — the Hollywood entertainment business — was not exactly conducive to a life as a religious Jew. So, he changed careers and got involved with the Republican Party in California. This year he ran in the primaries for Congress as the Republican candidate for the 37th District, which includes the Jewish Pico-Robertson area as well as the ghetto of West LA. California has an unusual primary election system. Certain races, like the ones for US Congressional seats, are non-partisan, voter-nominated contests. All those who wish to run for the particular seat are listed on a ballot for the primary. The top two vote getters are then listed on the ballot for the general election in November, regardless of party affiliation. Although Mordechai had the endorsement of all the Republican organizations in the State, he came in third in the primary, losing to two Demorcratic candidates by less than one percent.

Although beaten, Mordechai is not defeated. He plans to run again in 2018 for the Congressional seat, this time as Rabbi Mordechai Ben Avraham. Ohr Somayach will be supporting him all the way.