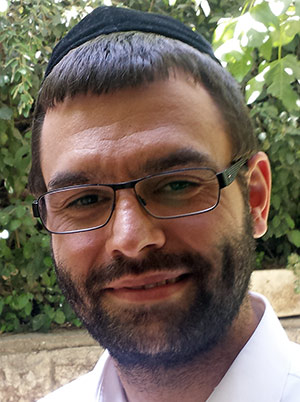 Growing up in the rolling green farmlands of North Western Germany near Hamilin, the fabled city of the Pied Piper, was an idyllic childhood for a small boy. Noson Tzvi’s ancestors had lived and farmed the land for generations. While his parents grew up in farming families, his father chose to become an accountant, and he opened an accounting office in nearby Essen-Oldenburg. People in that part of Germany are either Catholics or Protestants, and until the present day there is very little intermarriage. The local counties (Landkreis) are divided by religion. Catholics do not live in the same Landkreis as Protestants and vice versa. Noson Tzvi’s parents eschewed tradition and married. His father is a Catholic and his mother a Protestant. They decided to raise their children in neither tradition. Bokah is a hamlet on the border between two Landkreisen, but just inside of a Catholic one. When it came time to go to primary school Noson Tzvi went to Catholic school, since that was the public school in his Landkreis. Being the only non-Catholic in the school was strange for Noson Tzvi. While he was exempted from worship, he nevertheless learned about the religion. He questioned much of what he learned, and his questions were reinforced by his father, who is an agnostic.

Growing up in post-Holocaust Germany can have a powerful effect on the psyche of a young German. In school the history curriculum includes large sections on the Holocaust, with textbooks showing horrific photographs of the camps. Noson Tzvi’s history teacher, a morose man who was obviously depressed by the subject of the war, communicated that “angst” to at least one student. Noson Tzvi wanted to find out about his own family’s involvement in the war and he asked his grandparents. Both grandfathers had been in the Wahrmacht — one a proud, and most likely, an unrepentant Nazi, the other a reluctant soldier who had felt very guilty about his country’s history. Delving deeper into his maternal grandfather’s participation in the role, he heard the following story:

His grandfather had been sent to the Russian Front towards the end of the war. He was captured by the Russians, and when the war ended he was still in a Russian prisoner of war/slave labor camp, toiling in the mines. A heavy load of material fell from its container onto his leg. He was taken to the prison hospital. His Russian doctor was a Jewish woman. She tended to his wounds and wrote a letter to the prison authorities asking that he be discharged from the camp because he was too infirm to work. Her request was granted. However, repatriation was not yet possible. Without a job and without family or money, Noson’s Tzvi’s grandfather had no chance to survive a Russian winter. His Jewish doctor found him a place to stay and supported him until he was returned to Germany. The kindness shown to a soldier in of the army of the country which exterminated her people had a profound effect on the grandfather. He felt deep shame and guilt for his country’s role in the Holocaust and his own role as a soldier. This story also had a profound effect on Noson Tzvi. He too felt the shame and guilt.

After finishing high school he went off to university and started thinking more deeply about the meaning of life, its purpose and his role in creation. He decided to look into religion — not to Christianity which he had rejected, but to the mother of all religions, Judaism.

He learned on the Internet that you didn’t have to be Jewish to be a righteous person. This recognition of “good in all men” appealed to Noson Tzvi. The other religions he had studied demanded that you join them or else you would be condemned to perdition. He also learned that a gentile must keep the seven mitzvot. He started to observe them, but felt he needed to do more. He started keeping kosher and then Shabbat. By the time he had received his Master’s degree he was ready to convert. At this time he was working in the Frankfort office of Clifford Chance, a large international law firm based in London. In 2009 he underwent conversion with an Israeli beit din which travels to different cities in Europe, and started wearing a kippa in the office. The firm objected to outward displays of religion and asked him to stop. He didn’t and was then eased out of his job. He took the opportunity to move to London, a large and vibrant Jewish community, where he looked for work and continued his Torah learning. Rav Dunner of the London Beis Din suggested that he do another geirut (conversion) under their supervision, one which would be universally accepted. He did so. After a few more months he decided that he needed to spend time in Yeshiva in Israel. He came in 2011 and found his way to the Center Program at Ohr Somayach. He is still in the Yeshiva learning in the Beit Midrash most of the day, and then working from 5 pm in his profession. He has many international clients and his practice is expanding. Noson Tzvi has reconnected with his neshama, which heard the Aseret Hadibrot on Har Sinai, and is now living in his true home — Eretz Yisrael.