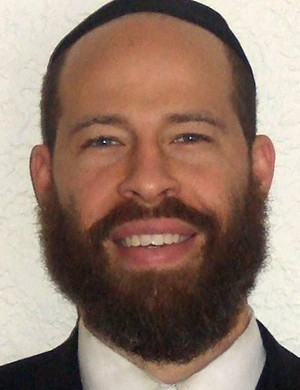 The first thing that one notices about David Allick is his smile. It’s warm and welcoming. It’s no wonder that he was a successful psychiatric social worker. He also exudes a confidence without a hint of haughtiness that, no doubt, contributed to his success as an officer in the United States Air Force.

David’s father was a career officer in the Air Force and the family moved around from place to place. They lived for a time in Greece and they moved about in the States. They finally settled down in San Antonio, Texas, where David went to high school and then to college. He was in ROTC (Reserve Officers’ Training Corps), and after college joined the Air Force with the rank of second lieutenant. He began his career as an Air Force recruiter in the Dallas area. He then became a behavioral scientist for the Air Force, working in the Psychology of Industrial Organization. As he rose through the ranks he taught “Strategy and Leadership Training” to newly-minted second lieutenants. Had he continued in the military he most likely would have risen to the highest ranks in the Air Force, but he started to get interested in Judaism.

While he was still in college, a friend suggested that they listen to a class given by the local rabbi that was called “From Sinai to Cyberspace”. The title intrigued him and the class had a major impact on his life. While working in the Dallas area as an Air Force officer he started to re-examine his life. David decided to live his life as a religiously observant Jew, leave the military and change his career to one he felt would be more oriented to personally help people live in a productive way. At about the same time, David met a young lady with a similar background who was also searching for more meaning in her life. They eventually married and moved to St. Paul where David studied for his MA in Social Work. While studying there he started to work in the field of psychiatric social work with inmates at a Minnesota state prison. After completing his degree, the couple moved to Milwaukee on the suggestion of an Air Force rabbi whom David knew, and they joined the community of Rabbi Michel Twersky. David accepted employment as a psychiatric social worker at the Milwaukee County Jail. He worked with drug addicts, people who were suicidal, violent and mentally disturbed, helping them to re-enter society. He loved it. “You work with people who are at the bottom of the ladder. They either go up or die,” says David.

His eishet chayil “pushed” the family to make aliyah and for her husband to learn in Yeshiva. After careful research, David decided to come to the Center Program at Ohr Somayach in Jerusalem. They arrived in Israel on July 27, 2015, with their two girls, Shoshana (5) and Temima (9 months). David started in the Yeshiva in Elul. “So far I love it. It’s very intense — much more than I thought it would be. I’m already seeing progress. The rabbe’im here are amazing. The learning continues to shape me. I can see the changes within me. I love it.”