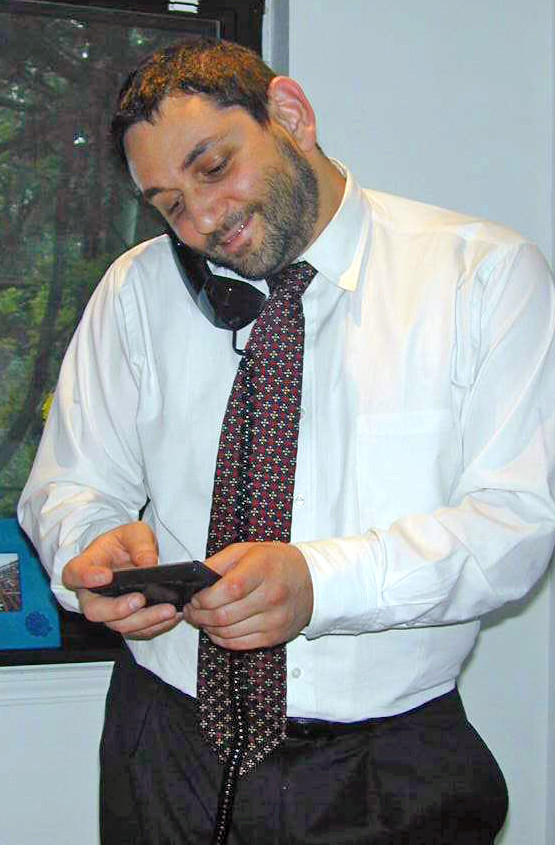 The Bronx is a NYC borough with a reputation for drugs, gangs and violent crime. Most “nice” people stay away from it. However, there is a corner of the Bronx that is separated from the rest of the Bronx by water and bridges and is, in part, actually rustic and bucolic – with grand homes on vast green and wooded lots on the bluffs high above the Hudson River. This is Riverdale — home of a vibrant Orthodox Jewish community and the home of Chaim Lichtenstein and his family.

His journey to observance was an unusual one, even for Ohr Somayach. Chaim sees it as clear hashgacha pratit (Divine Providence). In the early 1990’s his father, Gedalia, who had been a successful businessman in New York, became frum and came to Israel to study at Ohr Somayach in Jerusalem. Chaim, who had recently graduated from NYU Stern School of Business with a major in accounting and a deep interest in real estate financing, went to visit him there in 1997. His father introduced him to Ohr Somayach and Chaim decided that he would stay for a few weeks to see what yeshiva was like. He was interested enough to make a decision to return for six months of study at the Yeshiva. He returned a year later and was fascinated by the classes here. During that time he grew particularly close to Rabbi Akiva Tatz and Rabbi Dovid Gottleib. Towards the end of his stay in Israel he was introduced to his future wife by Rebbitzen Sinclair, the wife of staff member Rabbi Yaakov Asher Sinclair. They recently made a bar mitzvah for their oldest son Eli.

Chaim describes his life as the pursuit of hashgacha. “I try to include Hashem as my partner in everything I do. I am totally reliant on hashgacha.” A few years ago he made a siyum on Shas. He attributes whatever success he has had in learning to his wife who “pushed me out the door every morning to learn”. His hakarat hatov (gratitude) to Hakadosh Baruch Hu and to the Yeshiva that educated him knows no bounds.