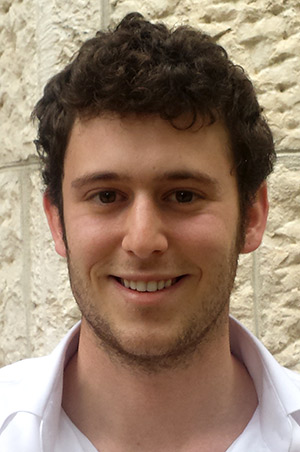 If I were to give you a multiple choice question: “What is the national sport of Canada?”

What would your choice be?

I would have chosen “A”. Everyone knows that hockey is Canada’s national sport. Kids in Canada start playing when they’re old enough to skate while holding a stick on the abundant waters of the frozen north.

You wouldn’t be wrong if you chose “Hockey”. But, according to Shimon Yaakov Laxer, the original and still king of the Canadian sports world is Lacrosse — an ancient Northern American Indian game played with wooden sticks with small nets at the sticks’ ends and a ball made of the same hard material as a hockey puck. It is a violent game with legal body checks, rock-like projectiles and played with minimal body protection. It’s something like ice hockey played outdoors on dirt or in hockey rinks without skates.

Shimon Yaakov’s parents (his father is an orthopedic surgeon and his mother is a pediatric dentist) moved to Charlotte, North Carolina when he was five years old. While in Canada, Shimon Yaakov never played lacrosse. He also never played it before he was in High School. But, when the lacrosse coach at his high school in Charlotte discovered that he was originally from Montreal — the capital city of lacrosse in Canada — he was invited to try out for the team. Perhaps the air he first breathed changed his DNA; he was a natural and made the varsity squad that earned the State Championship that year. He still plays in a pick-up league in Jerusalem.

Although his parents had sent him to a Jewish primary school in Charlotte, he was not convinced of the truth of Torah. In his second year of college he typed “Jewish history” into a search engine and was directed to Paul Johnson’s “History of the Jews”. “I was blown away by what we went through”, says Shimon Yaakov. “No matter what happened, we passed on the resilience. I wanted to be part of the saga.” He started reading many more books on Jewish history and started to put on tefillin daily.

In the summer of his third year of college he got a job as a goatherd on a farm owned by a Jewish family in Illinois. While the goats were grazing, he would voraciously read books about Jews and Judaism. By his fourth year of college he was wearing a yarmulke and tzizit.

After graduation he came to Israel to study at Bar Ilan University. While he was there, his family’s rabbi in North Carolina (an Ohr Somayach alumnus) suggested that he drop into Ohr Somayach for some classes.

Shimon Yaakov entered the Center Program in Elul 2014. “I’m loving it” he says. “If someone told me that I could work out a p’shat in a gemara or rishonim I never would have believed him.” But he’s doing it now.