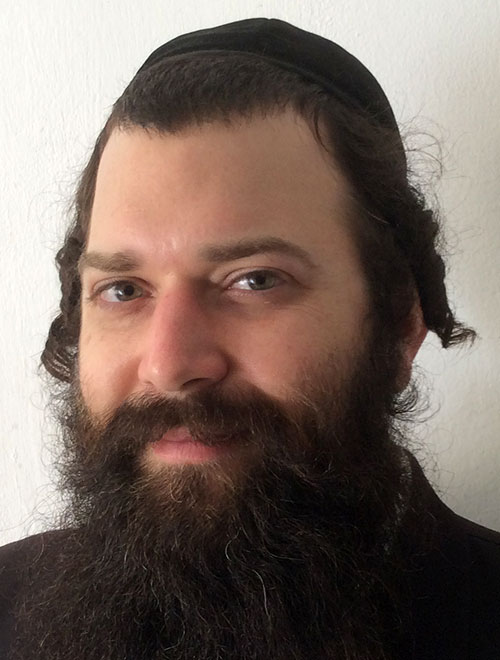 Yosef first came to Ohr Somayach several years ago. That visit was amidst his crossing borders between studies in Monterrey, Mexico and UC San Diego with aspirations of working on the Mexican Stock Exchange. It was already at that point that he was beginning to attend a Daf Yomi shiur in San Diego — the beginnings of his crossing even more distant borders.

Yosef grew up as a non-Jew, church-going three times a week — at fifteen he was teaching and leading prayer services. "I would pray for my college roommates" he says with a smile. "I was doing what I felt was right. I had a happy, quality life, a good family, and a wholesome environment. It was hard to break away from that." But as a youth minister he began to question contradictions in texts and church practices, as well as become disturbed by the material excesses of clergy members and relative poverty of their followers. He began investigating his roots, and his having two Jewish grandfathers helped direct his search. In 2008 Yosef left Christianity and became a Ben Noach. One Rosh Hashana a couple of years later he came to know that Judaism "was it." He converted in 2012 through the Beit Din Tzedek of HaRav Nissim Karelitz, shlita.

Yosef says that the best thing about being a Jew is striving to connect every aspect of life to Hashem; he finds a myriad of opportunities, drawing from his formal education and travels. "Many new economic concepts of the last twenty years have been in-vogue in Judaism for thousands of years. A financial transaction is very spiritual and can build a neshama up. The difference lies between handouts and getting someone back on his feet; something as seemingly mundane as business can actually be used to reveal the greatness of Hashem in the world. From the choice between lying and being honest, to creating values in society, doing all of this while being an observant Jew is recognized by people — and that's a kiddush Hashem."

Yosef is an accomplished public speaker, telling over his side of the story every other Shabbat to audiences all over Israel through an expansive breadth of subject matter —ranging from neuroscience (yes, he also studied neuroscience) to answering questions on his former faith — all with the intention of inspiring his listeners. Yosef describes gemara learning as “hard,” but the biggest challenge he admits is "always striving to grow while being happy where I am.”