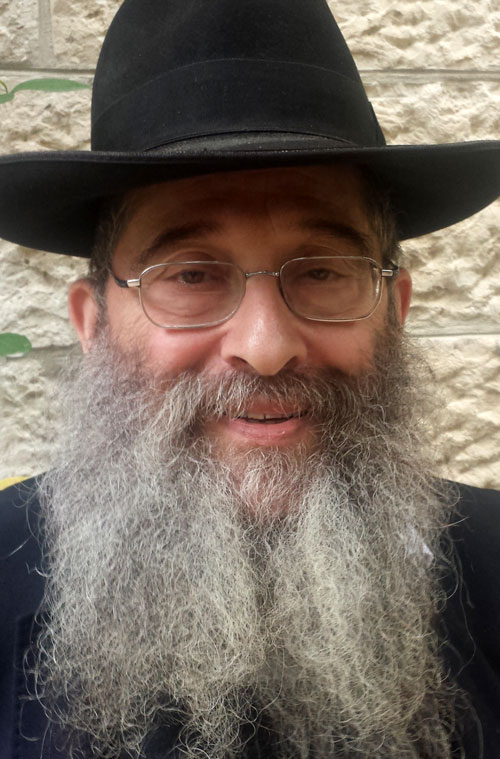 Like so many of his boyhood friends growing up in Stamford Hill in London in the 50’s, Baruch identified strongly as a Jew, but was non-observant. He attended a State Grammar School and after his “A” levels entered the University of Sussex, a hotbed of 60’s student radicalism, in the south of England.

“At that point my Jewish identity was weak. I was like any other young Englishman at university.” The Six Day War in 1967 changed all that. “I became much more conscious of being Jewish.” Just two months later, at Sussex University, he met a young Jewish woman from an observant family and soon afterwards they decided to marry.

They married when Baruch was 21 and had just started his PhD program. After seven years of marriage with only one child, they sought out fertility therapy. It worked. They had quintuplets — all of them healthy. “The birth of those five and the miracles surrounding them had a profound effect on us.” That was the impetus for the family to become much more observant.

They moved to Golders Green in London, the heart of the Orthodox Jewish community, and Baruch eventually became a tenured Lecturer of Biochemistry at the University of London.

In 1981 Rav Mendel Weinbach zatzal visited London for a speaking engagement. His speech made such an impact on the young couple that they decided to move to Israel so that Baruch could learn for an extended period of time.

On the advice of Rav Weinbach, in 1983 the family moved to Zichron Ya’akov, where Ohr Somayach had a satellite yeshiva. Rabbi Mordechai Perlman was the Rosh HaYeshiva. After two years of extensive study the family moved to Jerusalem where Baruch found work doing medical research at Sha’arei Tzedek Hospital. In spite of his work schedule he made Torah learning his priority, learning two sedarim a day in a kollel.

Since 1990 he has been involved with a subject that he was personally familiar with — fertility. His specific field is in vitro fertilization (IVF). He became one of the leading experts in the world in this field and founded a professional organization “Zir Chemed” which deals with such issues. He consults regularly with other international experts and with the major poskim on every continent.

In 2012 he retired from his position at Sha’arei Tzedek Medical Center and now learns two sedarim a day, one of them with an advanced study group at Ohr Somayach headed by Rabbi Moshe Newman. He is still involved in consulting on fertility issues. With eleven children and many grandchildren, he and his wife have much “nachat”, Baruch Hashem, and he counts his decision to move to Israel as a fulfillment of Divine Providence that has guided his family’s path from its beginning.

He still has one major unfulfilled project. Rav Mendel insisted that Baruch make a movie about his life which could serve as an inspiration to others. Not given to half measures, Baruch is pursuing this project in the most professional way using every spare minute available. B’Hatzlacha!