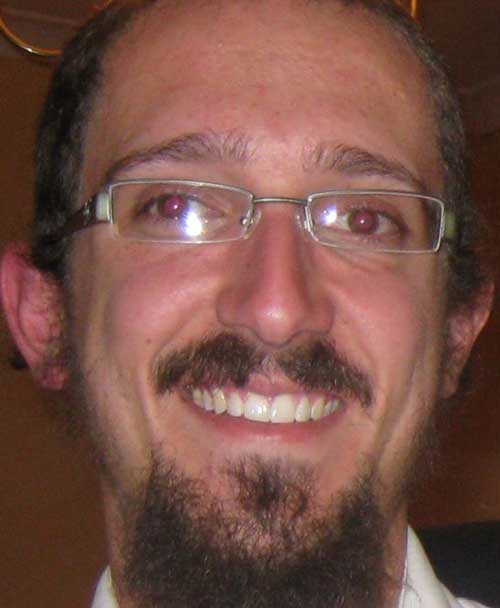 After graduating from Ohr Lagolah — Ohr Somayach’s rabbinic, kiruv and teaching program — Rabbi Naftali Wainer returned to his native South Africa to channel his energies primarily in his work as a high school teacher at Hirsch Lyons Girl's High School. He is not only the Torah-teaching Rabbi, but also the art teacher. Being responsible for the décor of the school, Rabbi Wainer ensures that the walls of the school are always full of bright, colorful and educational material, extending the learning beyond the classroom. With the growing development of technology and the influence that it has on education, someone needs to constantly make sure that everything technological is up-to-date and running smoothly. This also falls under his jurisdiction. Rabbi Wainer comments, “I feel that even if my students are not focused on their learning in my Torah classes, at least through colorful posters or interactive media I have taught and influenced them positively in some way.”

Outside of school, Rabbi Wainer serves as gabbai and gives shiurim at his local shul, “Kehillas Shomer Emunim”. As National Rabbi for SAUJS, Rabbi Wainer has met and engaged with some amazing people through Shabbatons and Shabbat meals at home, and has had his eyes opened wide to what is out there in the big, wide world outside of our “Jewish community-bubbles” by his regular SAUJS encounters.

Rabbi Wainer also teaches grooms-to-be, preparing them for marriage. Most of these men are removed from “yiddishkeit”, allowing for a personal and open forum for discussion, engaging not only with what they need to know about married life, but also about “Jewish life”.

In his "spare time" Rabbi Wainer is studying for a degree in Psychology and Anthropology at the University of South Africa.

He sums it up: “All in all, I really feel and believe that Ohr Lagolah launched me into probably the most fulfilling lifestyle that I could imagine possible.”