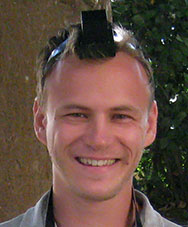 Matthew’s path to Judaism went uniquely and directly through his career in music. He was in the middle of pursuing his Masters Degree in music in Baltimore when he began to give private trumpet lessons to a boy from an Orthodox Jewish family, the Steins. He tried to set up the first lesson on Shabbat, not knowing what Shabbat was all about. He mentioned to them that he was Jewish, but obviously not very knowledgeable. They invited him for Shabbat lunch, and from that point, though somewhat hesitatingly, he occasionally came over for Shabbat lunch. After teaching their son for a few months he met a neighbor of the Steins who ran a weekly Jewish learning program. Matthew ended up attending that program almost every week for a year and a half, culminating in a major and very satisfying decision.

Matthew describes his next steps: “After a great deal of gentle cajoling I decided I would check out Israel and get a taste of Yeshiva life. My first trip to Israel was on the Ohr Somayach Summer 2012 JLE program, during which I was finally able to have a Bar Mitzvah ceremony. The program may very well have been the most inspiring experience of my life. Upon my return to the States I immediately made plans for my next visit to Israel, which lasted nine months, four of them (July-November 2013) at Ohr Somayach, where I really dove into Judaism, strengthened my understanding of the mystery of G-d and acquired the basics of observance. It was a special time in my life for which I will always be grateful.”