The ancestry of Haman & Mordechai 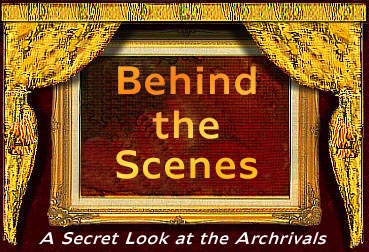 What secrets are there in Haman's distant past? What skeletons are to be found in the cupboards of the villain of the Purim story? What lurks behind that evil man, who almost succeeded in his plan to totally annihilate the Jewish people?

Let us take a brief look at Haman's ancestry: King Saul receives instructions to eradicate the entire nation of Amalek. He is not to spare one of them. Such is the message that Saul receives from the Prophet Samuel.

But Saul, in his mercy, takes pity on Agag King of Amalek. Although Agag is ultimately put to death, he succeeds during his captivity to father a child, and so the Amalek dynasty continues. Ultimately, Haman descends from this child.

Saul is heavily criticized for sparing Agag. At first glance this harsh criticism seems a little misplaced. Surely it was due to Saul's commendable traits of kindness and mercy that Agag was spared.

A number of years later finds David, Saul's successor, as King. David has a long-standing dispute with Shimi ben Gerah. It seems that David would have been well within his rights to have Shimi put to death; challenging the monarchy is a capital offense. However, David in an apparent display of sympathy spares Shimi. And who is descended from Shimi? The hero of the Purim story -- Mordechai!

Here are two stories, which seem remarkably similar. But the results could not be more different. Why did David's noble act of mercy produce Mordechai, whereas Saul's benevolent sympathy resulted in the wicked Haman?

Saul's fault was in not adhering to G-d's command. G-d had sent instructions to Saul via Samuel's prophecy. The message was clear: Do not leave even one. From that one individual would ultimately sprout all those Hamans and Hitlers who have tormented and killed Jews for so many generations. There is a time for mercy and there is a time for might.

David, however, with his mercy, was observing the Torah precept of not taking revenge. It may be true that according to the letter of the law David could have had Shimi put to death, but revenge, although sweet, is certainly not advocated by the Torah.

These two stories contain a powerful message. Only G-d can look into the distant future; only G-d can know of the suffering that can be caused by a seemingly harmless act. Similarly, when we follow G-d's will, we need not worry about the potential side affects.

Perhaps with this we can gain an insight into the following statement of the Talmud: A man is obligated to imbibe on Purim until he can no longer distinguish between "Cursed is Haman" and "Blessed is Mordechai."

The very idea of inebriation is anathema to the Jewish "mind in control" philosophy. Why the day of drink? Why Purim? And why is the inability to say "Cursed is Haman, Blessed is Mordechai" the barometer?

As much as we may strive to place our minds in control of our hearts, we must occasionally take time out to remember that there is one Wisdom that supersedes any human mind -- G-d's Wisdom. Over three thousand years ago G-d revealed his Divine wisdom to us at Sinai. How ever much we may value the human mind, we are fools to think that any good can come from deviating from G-d's will as laid down in the Torah.

The human mind is not capable of looking into the distant future. It is beyond our ken to know which ostensibly noble act will produce a Mordechai who is worthy of so much praise, and which act will ultimately produce an evil Haman.

Also in Purim : The Story of Purim »