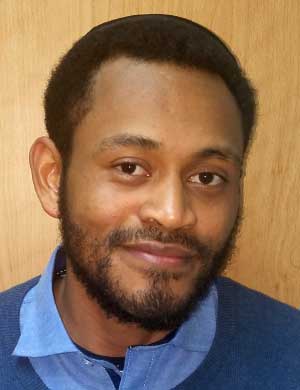 Now in the Mechina Program

It would be hard to imagine a more circuitous and unique path to Yiddishkeit and Ohr Somayach than the one taken by Shlomo Chizkiyahu. His parents met in Beirut, where they were both working. His father, a Moslem, is from Conakry, Guinea, on the West Coast of Africa, and his mother is a Catholic from Manila, the capital of the Philippines. At four years of age his parents split up. His father went his own way, and Shlomo went to Manila with his mother. She and her parents were devout Catholics, and Shlomo was raised in that tradition. He went to Church regularly, and later became an altar boy. From an early age he felt comfort and closeness to Hashem that has only grown over time. He prayed regularly to the Creator, feeling abandoned by his father, and since his mother left him in care of his grandparents when he was five to work in Saudi Arabia.

At the age of eight, he and his mother moved to Broughton Vale, New South Wales, a small rural farming community in Australia, where she married an Australian railroad worker who owned an 80-acre “hobby farm” where he, his brother and his sister helped their parents raise sheep, cattle and other farm animals for sale, rental and personal consumption. After high school in Nowra, a resort city on the South Coast of New South Wales, Shlomo began working as a salesman for a large national pay TV service provider. He enjoyed that work, but after the financial crisis in 2008 the pay TV business plummeted and his position was eliminated. He worked as a barber for about six months until he got a job in structural modification, also known as controlled demolition. He was working in that field for the three years prior to his entering the yeshiva.

Shlomo’s spiritual journey began to pick up steam as his belief in the Creator grew. He was finding footprints of the Creator in almost everything he saw and learned. When he was 24 he started reading the King James Bible from the beginning, and studied the commentaries that he found there. He made a decision to live a life that was in line with what he was reading. Abraham circumcised his children, Shlomo decided to circumcise his future children. Abraham practiced kindness to strangers, he would do the same. The Avot — Abraham, Isaac and Jacob — became his role models. When he reached the Book of Exodus he decided to honor the Sabbath Day and keep it holy. Incredibly, without any Jewish sources, he resolved not to work or watch TV on the Sabbath, or to travel, cook or do anything on that day but study the Bible, eat and sleep. This was his way of honoring the Sabbath Day. Of course, to him, Sabbath was Sunday. One day he saw a commentary in some Christian source that the Jews observe Sabbath beginning on Friday night and ending on Saturday night. This made a lot of sense to him since he was somewhat familiar with the Spanish language, as the Philippines was once a Spanish colony and the Spanish word for Saturday is “Sabado” — which sounds a lot more like Sabbath than “Domingo” or Sunday. He then began to observe the Sabbath for 24 hours from Friday evening to Saturday night. When he came to passages in the Bible that spoke about laws of kashrut he stopped eating pork and seafood. In fact, he stopped eating in fast-food restaurants, fearful that the food might have been prepared with lard.

Without a congregation of likeminded believers, he was quite alone in his practice and beliefs. After a while he met a small group of “Messianics” or “Nazarines” (as they called themselves). They adhered to the practices of the Jews in the Bible and wore yarmulkes and tzitzit. He was impressed. Although he had read about tzitzit in the Bible, he couldn’t picture what they might look like. He then started wearing them. But he didn’t feel totally comfortable with the Messianics. He felt that they were “a bit off.” They believed they were members of the 10 lost tribes. Shlomo didn’t think he was. They also emphasized a belief in Jesus as the Messiah and Savior, and Shlomo remained unconvinced of that. They prayed to Jesus. Shlomo never felt comfortable with praying to man instead of praying directly to .

Then he saw a YouTube video of a rabbi named Tuvia Singer, a well-known debunker of Christian missionaries. He went through the passages in the Prophets that the Christians used to “prove” that Jesus was the Messiah, and he showed that there was no basis for their “proof”. Shlomo was convinced, and after a deep internal struggle he left the Messianics and got rid of all his Christian Bibles and kept only his recently acquired ArtScroll Tanach.

He then moved to Maroubra, a suburb of Sydney with a sizable Jewish population, where he worked a deliveryman. As it happened, many deliveries of food were to Jewish homes on Friday in preparation for Shabbat. He looked forward to Fridays, and would ask many questions of the customers about the interpretation of the Chumash and about the laws and customs of Judaism. He eventually found his way to the Rabbi Ingraham of the Adas Shul of Bondi, and to the Beit Din of Sydney. In January, 2017, after two years of study and milah and tevilah, the Beit Din issued its certificate of conversion to him. Many people in the Bondi community who are alumni of Ohr Somayach strongly suggested that he come here to study. He arrived at the beginning of this year’s “Winter zman”(“semester”). As to his experience in the Yeshiva, Shlomo told me: “I’m very happy to be here. The guys in the Mechina are very sincere and very good guys.” And we’re very happy to have Shlomo here as well.