I would like to report a sensational news story that has been unfolding over the past few months at our Ohr Somayach campus — the renovation of the Mechina Program’s Lauffer Building.

In itself, of course, the renovation of a yeshiva building that is in need of some repair is nothing to write home about, let alone write an article about. However, because the process and the people involved in this renovation are so unique, it deserves to be publicized.

The Lauffer Building was originally built when we moved to our present location in Maalot Dafne in 1977. After almost 20 years of extensive use it was in serious need of a facelift and some other structural and cosmetic surgery. One of the members of the Mechina staff, Rabbi Reuven Lauffer, had recently lost his father, Reb David Lauffer, z”l, and he asked the family to provide funds to renovate the building in his father’s name.

The renovations needed were extensive. The plain floors and plastered walls were replaced with marble; a beautiful internal staircase was built; and offices, classrooms, and a library were added. The renovation of the building is a testimonial to and an illustration of the loyalty and love that our staff shows to Ohr Somayach — or, as we like to say, the Ohr Somayach Family. The building now bears the name of his father.

The Mechina Program, as well, has gone through a number of transformations (or renovations to stay true to the title of this article) throughout the years. It has been variously known as the Beginners’ Program, the Shoresh Program, and the Mechina Program. For many years now it has been under the able leadership of Rabbis Reuven Geffen, Shlomo Schiller, and Guy Matalon.

Originally a preparatory program for the Intermediate Program, it has morphed into a program that is tailored for talmidim who are at different levels in their spiritual journeys.

The highest level is the Gemara shiur given by Rabbi Dr. Guy Matalon. When Rabbi Matalon considers a talmid ready, he will recommend that heapply to the Beis Midrash Program, where Rabbi Uriel Goodwin will farher (test)him. If he passes the exam, the talmid will be placed in one of Beis Midrash entry shiurim. The test requires that thetalmid be proficient in reading Gemara and Rashi and be able to prepare theGemara on his own, without Artscroll.

The Mechina Program requires the talmid to learn for two sedarim a day. Some in the program are working at night or studying for a degree. A few months ago, one of the talmidim with a flair for design decided that the Lauffer beis midrash would look better if one of the bookcases was placed on an opposite wall. When he emptied the bookcase and began to move it, he discovered why it had been placed precisely there. The wall behind the bookcase was peeling and cracked and filled with mold. He showed it to Moshe Males, a Mechina student who had worked in construction and had just gotten his degree in Structural Engineering in Israel. He knew exactly what to do to correct the problem. Another talmid suggested that they approach the yeshiva to fix it. Moshe told him: “The yeshiva has enough problems just trying to pay the rabbeim on time; they can’t be burdened with another expense.” Just then, another talmid, Seva Dorn, told Moshe not to worry, that he would provide the funds needed to fix the problem. Moshe undertook to do the work himself over bein hazmanim.

After extensive repairs to that wall, the talmidim decided that one new wall in their beis midrash wasn’t enough. The whole beis midrash needed fixing. The ceiling was stained from water damage, the lighting fixtures needed replacing, and the whole room needed repainting. Again, the talmidim of the program provided both the funds and the work. And they didn’t skimp; they used the best materials and the most expensive type of paint. It turned out that other talmidim were also professional construction tradesmen. The beis midrash is now spanking new. But, said the talmidim, why stop there? The outside door and the inside walls at the entrance to the lower floor of Lauffer were replaced and renovated. The bathrooms are almost done. The process is continuing; the work is professional and beautiful. And it was all financed and done by the students of the Mechina. Truly a story worth reporting! 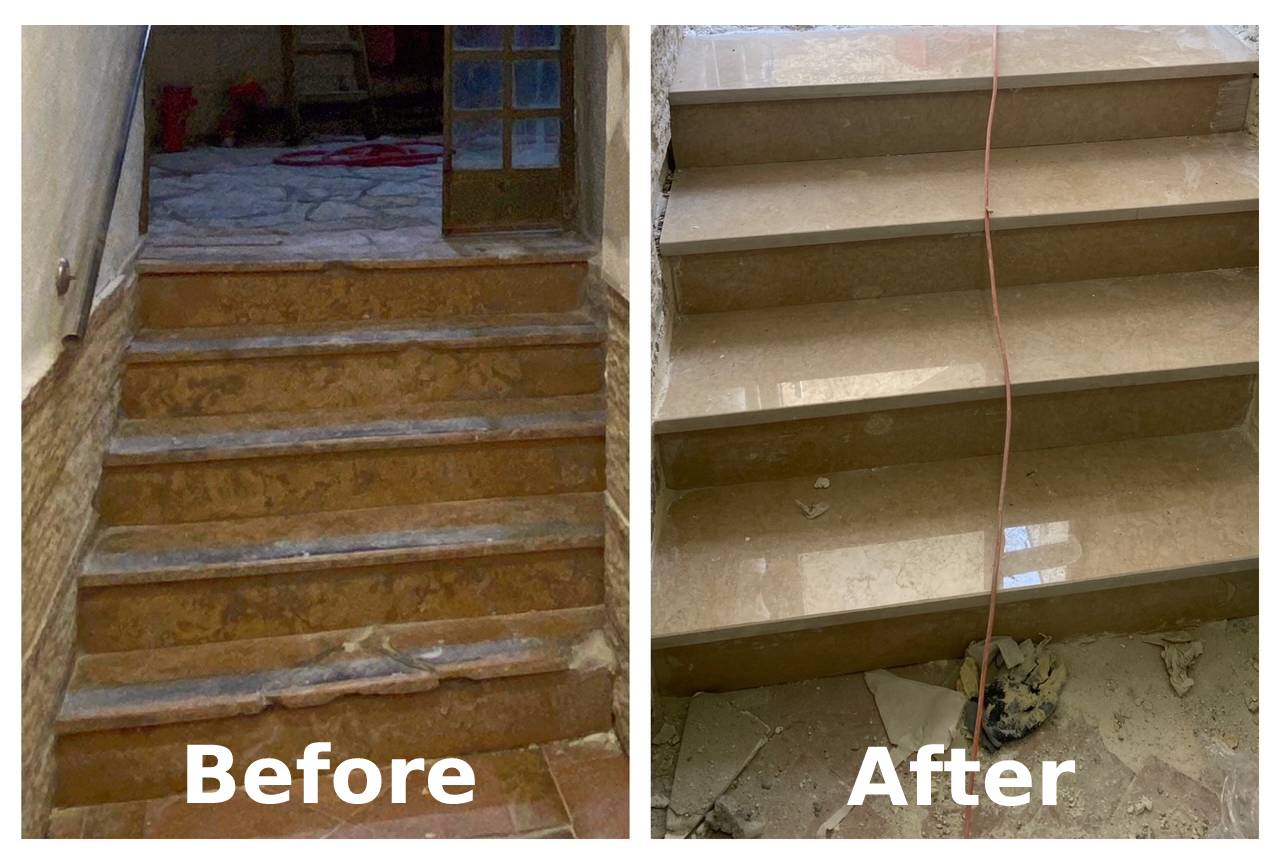 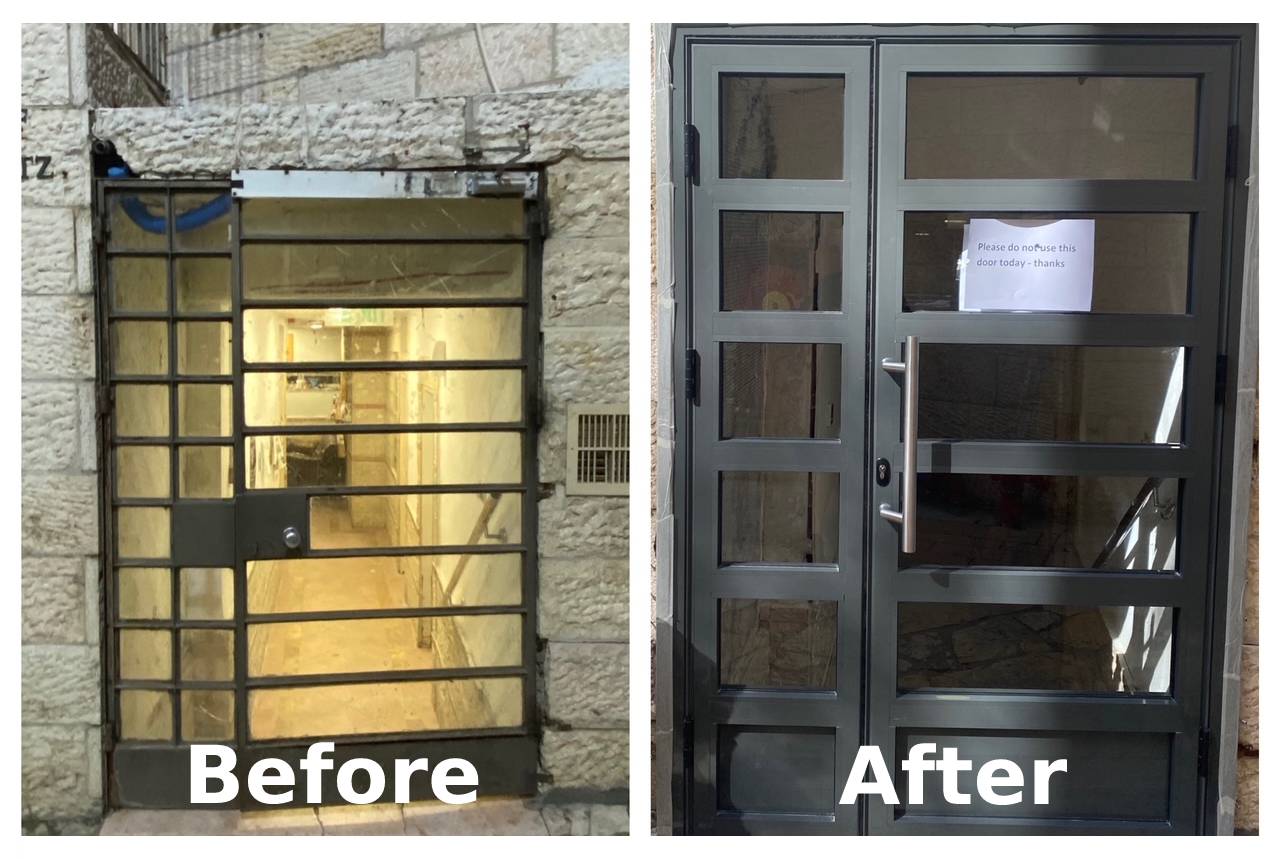