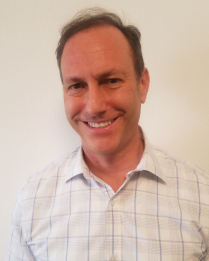 Anyone who was in the Yeshiva in the late 1980s and early 90s is sure to remember Eric Fisher. In those years the bachurim of the Yeshiva produced Purim plays that, in my humble opinion, have never since been matched in originality, production value and professionalism. I’m not showing bias when I say that. The Yeshiva rented out the hall across the street, Beit Pomerantz, which could hold approximately a thousand people. On Purim night it was standing room only. Almost every English speaker in Yerushalayim wanted to be there. The playwriting included such masters as Yaacov Fuchs, a professor of Modern European History (and now a lawyer), who might have rivaled Mel Brooks had he chosen a different career; Brandon Edwards, a graduate in film from UCLA and very talented playwright and director; Lyle Wexler, who was a real Hollywood screenwriter; and funny man, Joel Lome. If the Yeshiva’s talmidim didn’t include famous stars of stage and screen, we did have professional actors, singers and dancers who were on track for stardom. Eric Fisher was one of those professionals. He played the lead in “Fiddler on the Spoof,” among other musicals.

Although he and his younger brothers grew up in a non-observant household in Seattle, Washington, his parents were proud Jews who wanted their children to have a Jewish education and sent them to an Orthodox Day School until Bar Mitzvah. After graduating from high school, Eric chose to attend Northwestern University in Chicago because of its Theater program. He wanted to be an actor. After college he joined a theater group in Chicago and worked as an actor for a couple of years. During a break between productions, he and a friend took a few weeks off and travelled to London to see some shows. While there, Eric decided to go to Israel for a short visit. He stayed on his cousin’s kibbutz for a few days and then visited Jerusalem for a Shabbat
experience. Someone told him that he could stay for free at the Heritage House in the Old City. That wasn’t completely true. The “price” that was set by Rabbi Meir Schuster, its founder, was a minimum of one class at a yeshiva. Eric agreed. That Shabbat he was sent to families for meals, where he met people like himself, who had joyously incorporated Yiddishkeit into their lives. Eric was impressed. On Sunday, Rabbi Schuster took him to a nearby yeshiva for a class. He was intrigued. He stayed for two days of classes. During those two days he learned more about his religion and heritage than he had during his entire lifetime. He knew then that he needed to learn more about Judaism. If its teachings were true he needed to live by them and his life would change dramatically.

He was brought to Ohr Somayach and heard a shiur from Rabbi Milevsky zt”l and was enthralled. His “short visit” to Israel turned into a two-year adventure.

In addition to the shiurim with Rabbi Milevsky zt’l, Eric learned gemara with Rabbis Tatz, Perlman and Rockmill, with whom he maintains a close relationship until today. He then returned to the States and went directly to Ohr Somayach in Monsey, where he learned in the Beis Midrash and took courses in accounting, leading to his CPA degree.

After getting married he moved to Chicago. His love of the theater never left him and he started working as an accountant for theaters in Chicago. He also became involved as a producer of Broadway shows. Recently, he has taken a job as the CFO of a start-up pharmaceutical company in Chicago.

He lives in Lincolnwood, an upscale Chicago suburb. He has one son and three daughters. For the past fourteen years he has been learning every morning in a Kollel Boker at Rabbi Pinchas Eichenstein’s shul in Lincolnwood.

Eric was in Yerushalayim recently visiting his son who is learning at Rav Chaim Senter’s yeshiva, and dropped in to Ohr Somayach. It was a pleasure to see him and reminisce.