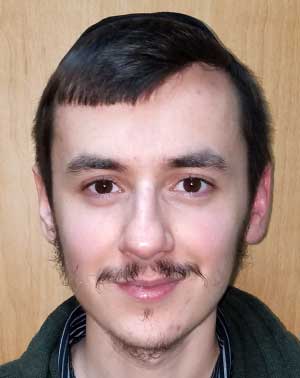 Yossi has been “around the block” so to speak. He was born in Miami, Florida. His family moved to Toronto when he was a baby. From Toronto, the family moved to Israel when Yossi began third grade, and they stayed for two years. They eventually settled in Dallas, and Yossi started sixth grade at Torah Day School, and continued there and at Akiba Academy. He began high school as a home-schooled student, taking classes online, and finished in a public high school. He is now in Jerusalem.

In 2013, when he was 15 and in high school, Yossi started a YouTube channel, where he played a hugely popular game – League of Legends – while commenting on his moves and critiquing those of his opponents. His analysis — in a way a prelude to learning Gemara — together with his sense of humor, proved to be very popular with the League of Legends fans around the world who number approximately 67 million monthly. By 2014 Yossi had over 100,000 subscribers to his YouTube channel, and that number was growing. He was also ranked in the top hundred players in the North American rankings of the game. In the Internet world, YouTube channels can generate substantial income for their producers and stars. Highly ranked players can turn professional. As a 17-year-old, Yossi was well on his way to a successful career as an Internet star and a professional League of Legends player. But he didn’t take that next step.

Yossi was becoming more connected to Judaism. He had been religious, but didn’t always feel connected. He started going to shul every day and asking questions of rabbis there. He listened to Torah lectures online and began learning Gemara. One particular rabbi, whose lectures he listened to online, suggested that Yossi contact a rabbi he knew in Dallas, who put Yossi in touch with Rabbi Yitzchok Becker of our staff in Jerusalem.

Yossi came on a Birthright trip organized by the OU in July, 2017, and immediately after the trip ended he entered the Ohr Somayach Mechina Program. “It’s been amazing and life changing. I’m getting the foundation I need,” he says.

Being in Israel has other advantages too. He has a sister in Seminary here, another married sister in Rechavia and grandparents in Har Nof. And another thing: Yossi has joined the “League of Legends” of Ohr Somayach.